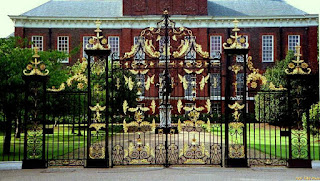 In 1998 when we were in the UK for an annual buying trip, we visited Kensington Palace, home of Princess Diana from 1981 until her tragic death in 1997. Kensington Palace is a lovely palace in fabulous gardens including huge horse chestnut trees. At various times we have sheltered from rain under them or watched schoolboys picking up the mature chestnuts...or conkers as they are called....from the ground where they have fallen in the fall. My husband showed me the fine points of conker battles in the park following afternoon tea at The Orangery in the back of the palace.


The Diana exhibit was a highlight of the trip with photos by Mario Testino. I would love to add a photo here, but they are copyrighted.


Below are photos we took then as well as several from previous teas at The Orangery. 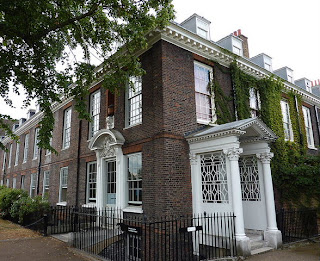 Entrance to the Royal apartments and Diana Exhibit at the side of the Palace to the right as you enter the gold gates. 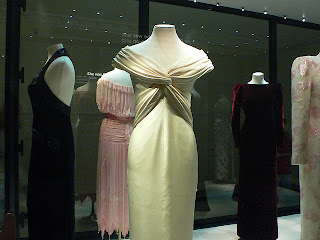 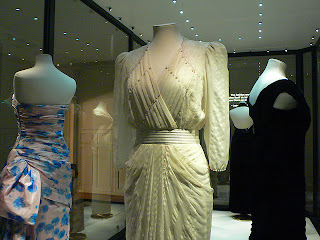 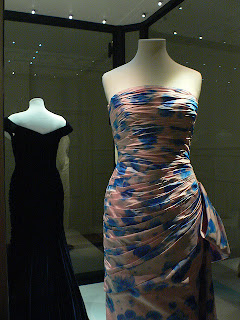 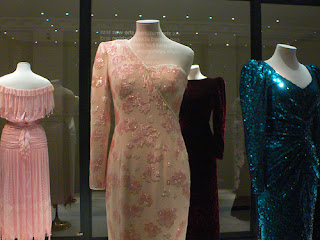 Moving to the Orangery for afternoon tea. 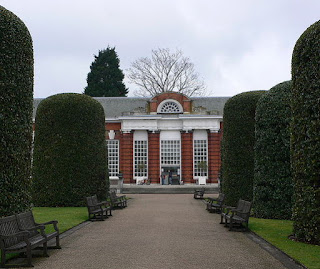 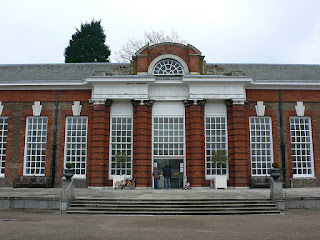 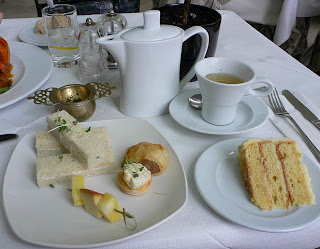 The Debutante tea which is not always on the menu 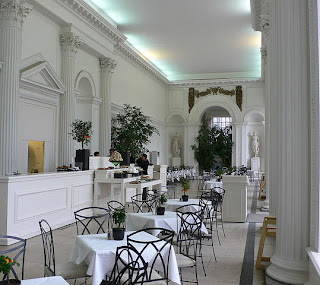 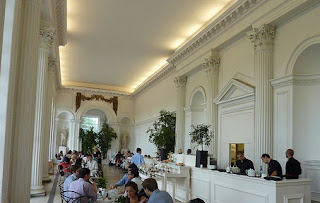 A flute of Champagne, served with an
assortment of finger sandwiches, signature
orange scented scone with Cornish clotted
cream & strawberry jam. Finished with a
delectable éclair and orange and passion fruit
tart. Served with a choice of teas or coffee.
TREGOTHNAN ENGLISH TEA
£33.75 per person
A flute of Champagne, a selection of afternoon tea
sandwiches, freshly baked mini scones served with
Cornish clotted cream and organic preserves, a variety
of dainty afternoon tea pastries.
Served with a pot of Tregothnan tea
The reason the Tregothnan Tea is pricey and important, is that the Tregothnan tea plantation in Cornwall is the only tea producing estate in England. We visited Tregothnan on a visit to Cornwall and bought tea there. So I came home from the Orangery with some more packets of tea, as they had them for sale there. It is a delicious black tea with hints of Darjeeling. I loved it. 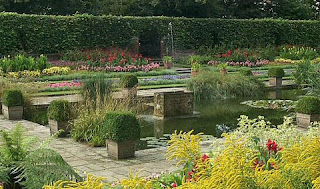 Lastly on our Kensington tour, the gardens at Kensington Palace. This is my favorite, the Sunken Garden with reflecting koi pool. It was so tranquil and private. We sat on benches (on the days we visited when it wasn't raining) and enjoyed the quite so colose to Kensington High Street where we have stayed several times. Kensington Palace is one of the reasons we like to stay in this area of town.
To change generations, BBC America just had a program on tonight called The Modern Monarchy: Dos and Don'ts which included a segment of William and Kate Royal Wedding collectibles...and guess what mug they featured??!! The one we have in stock at Antiques And Teacups. How cool is that??? To purchase or for more info, just click on the photos of the Prince William and Kate mug below. 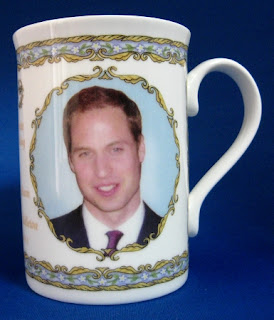 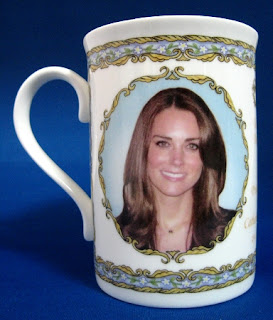 I also want to thank those who have been joining me in prayer for my daughter in law Casey. They began the procedure today, but having sent a camera up her artery to confirm the size of the hole in her heart before the actual patching surgery, they found it was a bit different than expected and is located where the artery goes to her lung. So they stopped the procedure and have sent her to another cardiac specialist/surgeon who specializes in this rarer type of surgery which will be done next week. Sigh....
But Psalms 31:14-15 says"But as for me I trust in You Oh Lord....Our times are in Your hands", and Romans 8:28 "All things work together for those who love Him and are called according to His purpose."
Posted by Antiques And Teacups at 9:50 PM

Email ThisBlogThis!Share to TwitterShare to FacebookShare to Pinterest
Labels: afternoon tea, antiques and teacups, B B London, kensington palace, knit the royal wedding, prince william, princess diana, the orangery, will and kate