Enjoying Fall With Transferware, Victoria Magazines And A Culinary Flop! 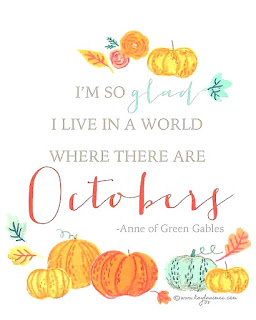 Hello! It's half way through October already, which is so hard to believe!

It has been a strange normally not normal month so far... you know what I mean...

including a troll attack on Facebook, medication adjustments for my Honey, and generally just reminding ourselves it's day by day.... 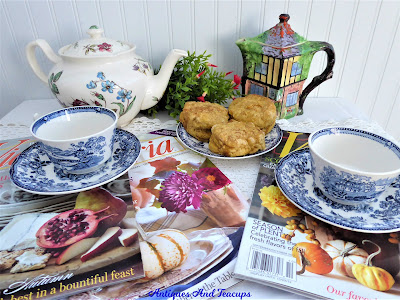 We have been having... finally... some seasonable rain and cloudy, foggy weather, so photographing has not been best. 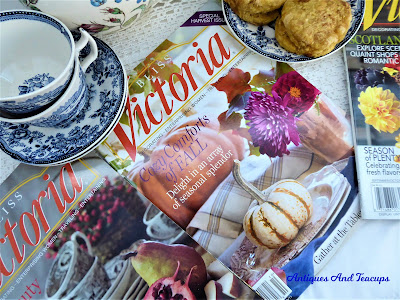 But it has been a comfort to have a cup of tea and relax at times with the joy of perusing past Victoria magazines... 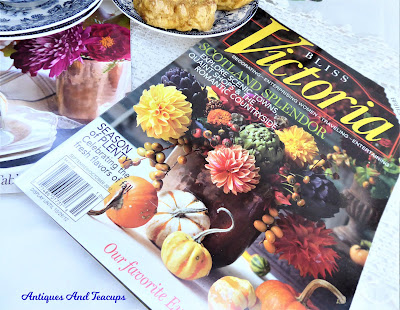 A new addition here are some transferware cups and saucers in  of my favorite pattern of Tonquin from the 1960s from Royal Staffordshire, England that was designed when the famous Clarice Cliff was art director. Quite traditional and different from her better known modernistic Bizarre lines, but just gorgeous ironstone transferware. 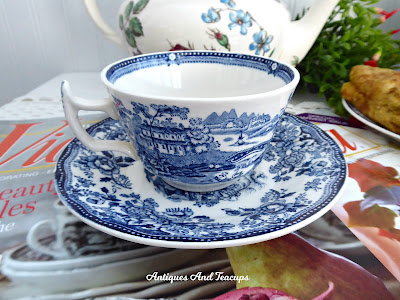 The pattern was made in several colorways like red, blue, green and brown. 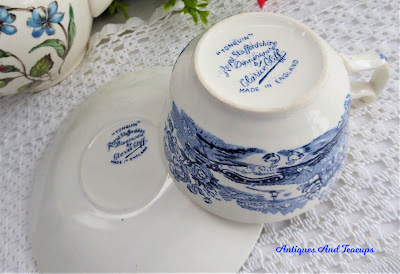 The pottery was included in the Shorter group and A. J. Wilkinson as well as the Newport Pottery and was acquired by Wedgwood in 1965 when the pottery basically disappeared. 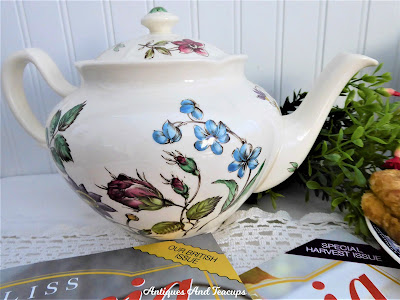 And of course, a teapot! Another new-to-us item is this 1950s Johnson Brothers Wakefield ironstone teapot under their Windsor Ware line. 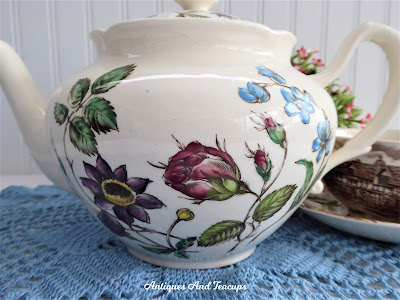 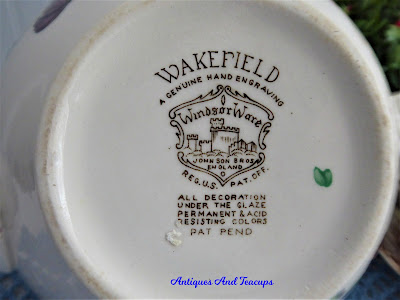 Johnson Brothers is another pottery begun in the late Victorian era in the Stoke-on-Trent area in 1883. The pottery survived both World Wars but, like many area potteries, had difficulties in the 1960s and were acquired by Wedgwood in 1968. In 2003, all production was moved out of the UK... sigh... and the brand, along with many in the WWRD or Waterford Wedgwood Royal Doulton comglomerate were acquired by Fiskars in 2015. 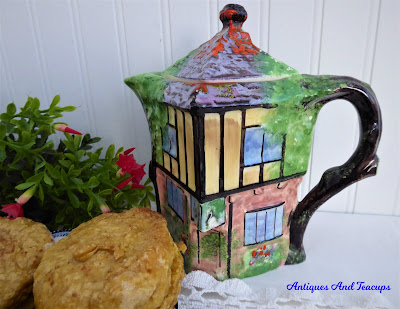 This cutie is a hot water pot, but mostly used as a teapot, in the Ye Olde Inne design made by Royal Winton Grimwades, England in their hand painted Rubian Ware cottage ware line from the 1930s. 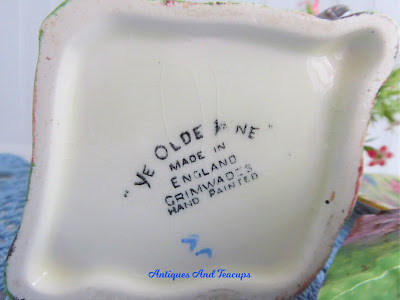 The pottery, most famous for their wonderful chintzware, has survived since 1900 through several family changes and fluctuating fortunes, but is till in operation in the UK, although this line has not been made since the 1950s, and is very collectible. 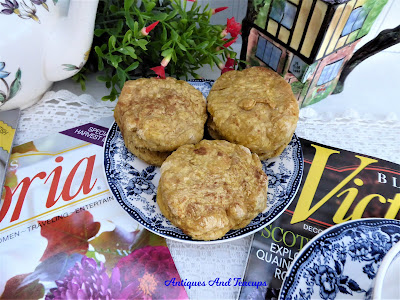 I was intrigued by a recipe for pumpkin scones using self rising flour and English lemonade... 7Up... so tried it... and it flopped! So not even giving you the recipe. A disappointment. Did not like the texture... which was softer than an English scone and more like a European scone. Anyway, not my best experiment!

I found this wonderful October's Party poem by George Cooper in a book a few years ago and want to share it with you as I did enjoy it, and remember reading it as a grade school student. I hope it mirrors your own experience and brings a smile and a sense of peace to you! 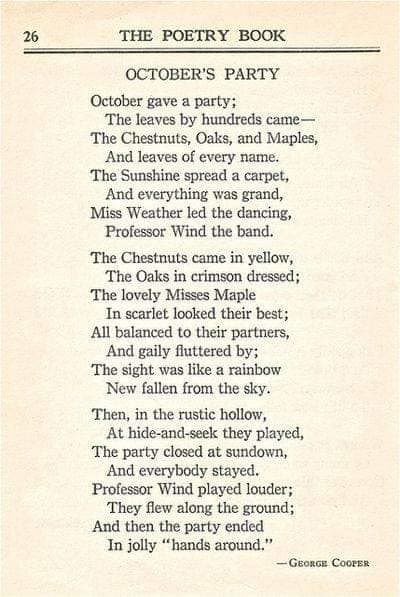 Posted by Antiques And Teacups at 6:21 AM 3 comments: