Recently I have been contacted by quite a few folks both my email and by messages on either my Facebook page or website about Royal Albert Old Country Roses china. 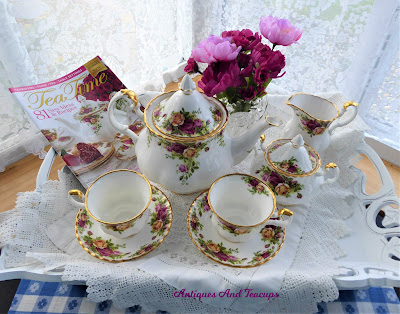 Now considered the most popular china pattern in the world, Old Country Roses came into being in 1962, designed by Harold Holdcroft, when the post World War II pottery industry was struggling to adapt and survive in the post war period.
By it's instant popularity, it provided a needed boost to Royal Albert, a pottery owned and operated by Thomas C. Wild and Sons, Ltd. who had operated since 1896. 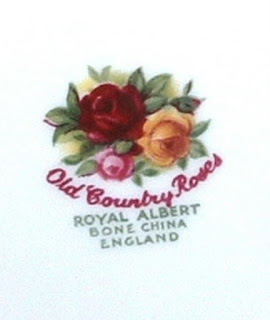 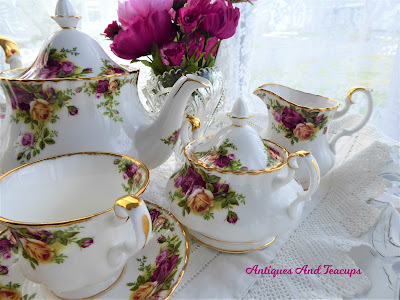 In 1964, Thomas Wild was taken over by Pearson and Son, Ltd, which then was merged into Lawley Group Ltd., formed into Allied English Potteries Ltd. but Royal Abert and Wild were allowed to continue using their own names.
In 1970 Allied English Potteries officially renamed Wi as Royal Albert Ltd., largely because of the popularity of Old Country Roses. 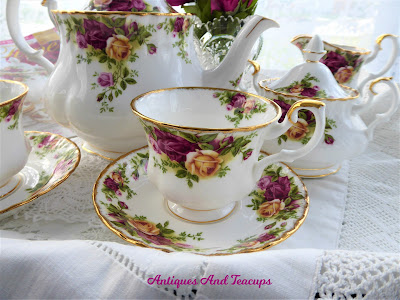 In 1972, Pearson acquired Royal Doulton but allowed Royal Albert to continue to be made in it's St. Mary's pottery in Longton near Stoke.
But a new mark came into being... 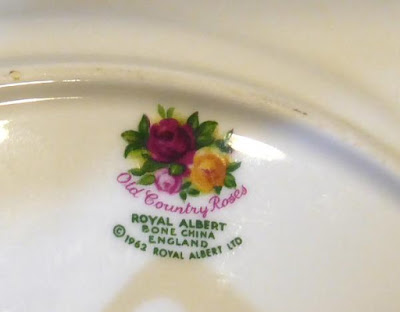 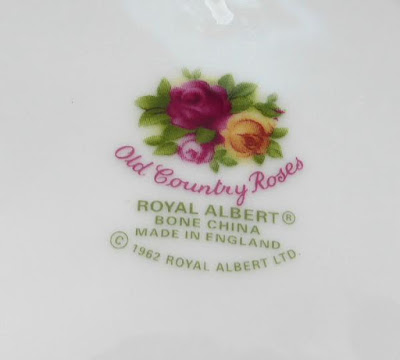 The next mark, thought to have first been used from 1980 showing the design was under the old copyright... from 1980-1993.
Note the mark now says Made In England instead of just England.
In 1993, Royal Doulton was separated again from the Pearson group and re-registered the copyright to Old Country Roses, so the C became an R for Registered. The C and R can be in any order on the bottom curved mark, wither front or back of the last line of text. 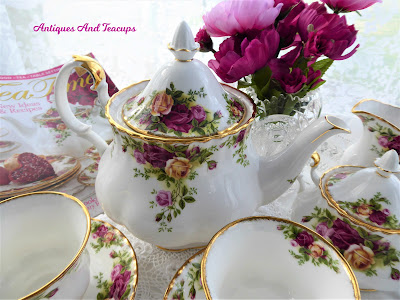 In 1998, St. Mary's pottery was closed and production was moved to Indonesia, Taiwan or china where it remains today. 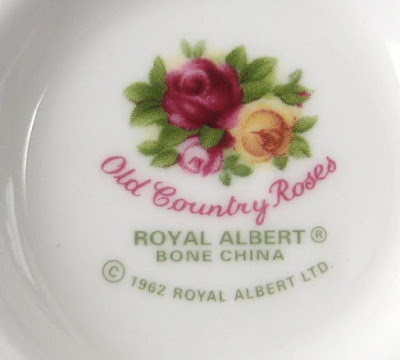 Although the bottom line still says the date 1962 when Old Country Roses began, this mark means it was made after 2002, because 1998-2002 had some transitional pieces. All had ceased by 2002.
Note the mark has dropped any mention of England. 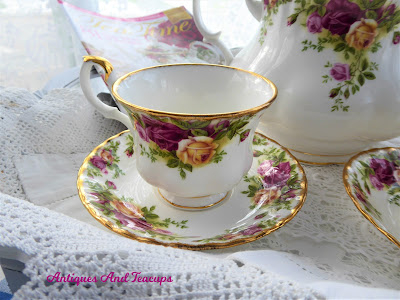 And why does it matter anyway?
I got my first Old Country Roses teacup in England in 1967, and still have it.
I have been selling it since the mid 1980s, and the first I knew the production had been moved, is when I saw a teacup at a shop that didn't look right.
It was heavier, the hand applied brushed gold was missing and the patterns were not well applied...I turned it over and checked the ox...Indonesia. Yes, it was cheaper, but, oh my, the quality was not the same at all!
Under the subsequent controllers of the Royal albert brand... WWRD or Waterford Wedgwood Royal Doulton and the from 2015 Fiskars, the pattern has continued to be made out of the UK. 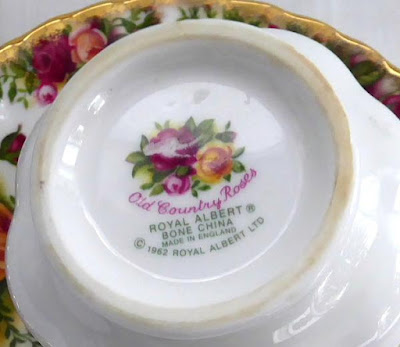 Speaking of quality, I also want to point out what to look for to identify second quality. At the potteries, the items were always quality checked, and if there was a flaw, but one that did not make the item totally unuseable, the mark is scratched though as shown in the example above. I don't know if it is still being done this way in Indonesia or China, but it was always done this way in the UK. 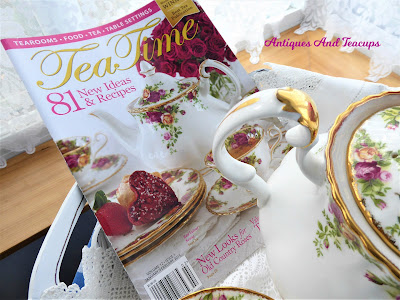 I hope this helps a little... some folks don't care, but some folks care... a LOT!

There are rumors in the UK pottery industry that Faskars is thinking of moving some production back to the UK because of quality, and much apparently depends on Brexit. If the UK separates from the EU... who knows?