Will & Kate in Canada, Ottawa and Montreal, Prince Albert of Monaco Weds 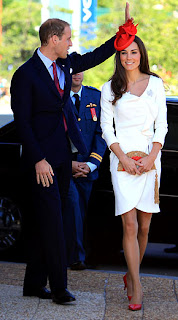 Prince William and Kate's visit to Ottawa during Canada Day was attended by an estimated 300,000 and the trend continued with a concertwith Kate still wearing the diamond maple leaf loaned to Kate by Queen Elizabeth II. 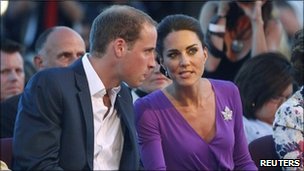 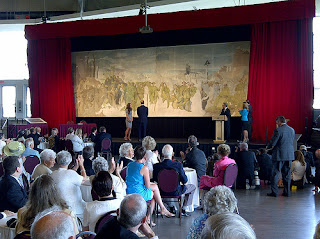 The couple then left for Montreal where the schedule included a visit to a hospital and the presence of a small but vocal group of protesters, that reports say were drowned out as well as grossly outnumbered by supporters.  This evening the pair attended a cooking class presented by Quebec’s top hotel and cooking school, the Institut de Tourisme et d’hôtellerie du Québec.


At 9:55 the couple leave on the HMCS Montreal for a trip down the St. Lawrence Seaway to Quebec City.

wiki file
Tomorrow's schedule
Sunday, July 3 - Quebec City
10 a.m. — William and Kate join HMCS Montreal crew for a morning prayer.
10:45 a.m. — The ship arrive in Quebec City.
11:10 a.m. — The royals greet staff and teens at la Maison Dauphine, a community centre offering programs for street youth.
12:15 p.m. — The couple attends the Freedom of the City Ceremony at Quebec City Hall to mark the relationship between the city and the Royal 22e Regiment service members.
3:30 p.m. — Couple joins the community to mark the 375th anniversary of the Lauzon "seigneurie," the 150th anniversary of the founding of Levis, Que. and the 10th anniversary of the new City of Levis at the Levis Forts.
6:50 p.m. — The couple arrives at Charlottetown Airport in P.E.I.

In other royal news, Prince Albert Grimaldi of Monaco, son of the late actress Grace Kelley, wed his long time girlfriend Charlene Wittstock of South Africa in a typically European royal wedding in contrast to Prince William and Kate's smaller ceremony.  Many more guests, etc. As one attendee said..."If you had a choice of London or Monaco for a royal wedding to attend...which would you choose?" 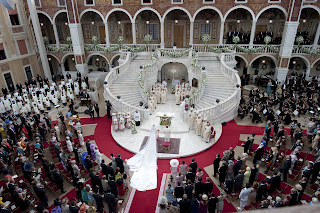 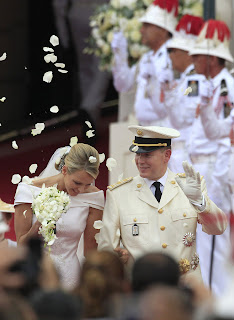