Welcome to Teacup Tuesday with these great Tea Time Blogs. I love visiting them on Tuesday!

I am sharing another blue and white teacup today...can you tell I love blue and white? I have since I was a baby. Anyway, this is a pretty shape with a great design of cornflowers that I love. The teacup was made in the early 1950s by Colclough, England and I just love it!
Colclough began life in the Potteries around Stoke-on-Trent as Stanley, became Colclough in 1918 and then in 1955 became Ridgway Potteries. 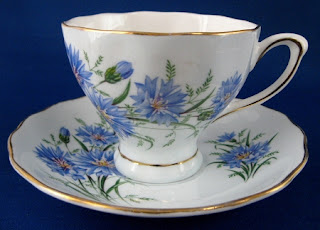 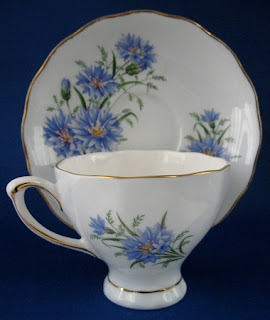 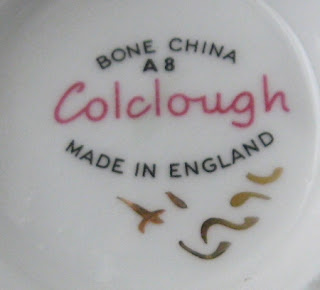 And here is a blue and white vintage tablecloth for the tea table. The tea cloth is an English hand made from the 1930s and features embroidery and faggoting. I love old linens. The tablecloth measures 34 inches square so was made card or tea table size. 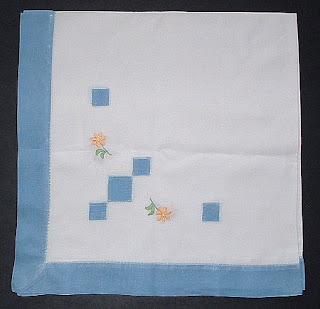 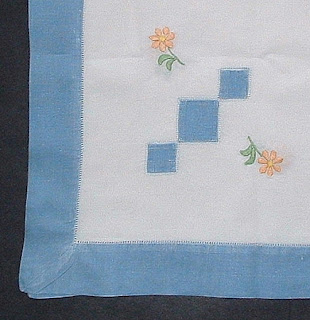 And for the cloth napkins sure to be used at tea, here is a set of the cutest bone china napkin rings with birds I brought back from England in the 1980s. 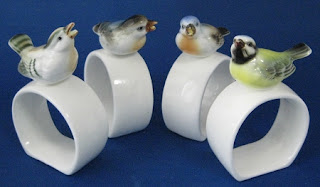 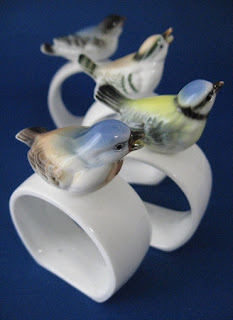 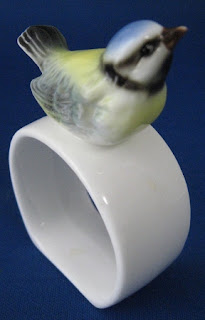 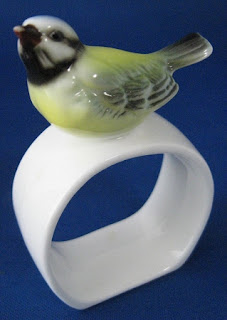 And as we are speaking about England, here is a toffee tin to use as a tea tin that is really fun. The design is an Edwardian view of a place in England close to where my husband was born and only a few streets away from where he served his 6 year apprentice ship from age 15 as a diamond setter in the jewellry district of Birmingham, England.  The tin depicts the Bull Ring market area, which actually started life as a bull ring or livestock market in midieval times and was the retail center of the town. The tin is made for and advertises Blue Bird Toffee from nearby Worcester. 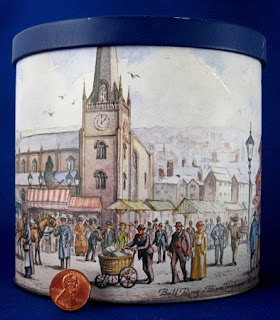 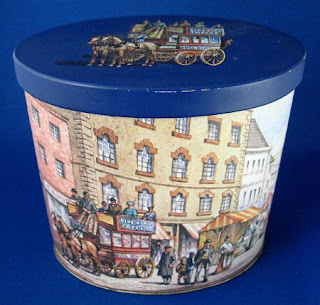 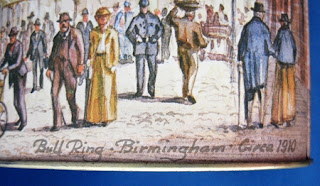 To give you an idea how the area has changed, this next photo is the church, St. Martins-in-the-field...it was built when it WAS in a field by the market...taken a few years ago at Christmas. While the church remains the same, notice the strange silver building behind it. That's the remodeled Selfridge's Department store...the Birmingham equivalent of Harrod's in London. Were...to use the British expression...gob smacked when we saw what they had done with it when we saw it during the Bull Ring re-opening after a major area renovation. See it again in the photo below. Well, all I can say is it's memorable. 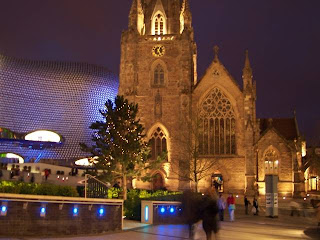 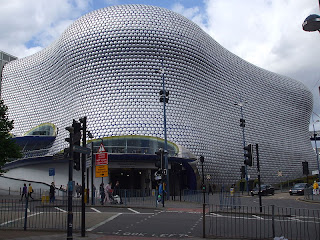