Well I am finally going to get my post done of  last Saturday's afternoon tea at the George Washington Inn B&B which was part of the Sequim Lavender Farm Fair.


This first photo is courtesy of the George Washington Inn, all the rest were taken by me. 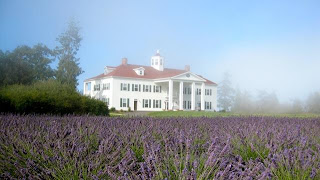 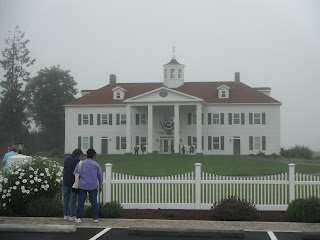 As I reported earlier in the week, the weather had been typical for this La Nina year. This Lavender Festival was the first time it has rained on the proceedings in 15 years. And Friday from 3 pm and through most of the night it poured!  Usually if we have anything this time of year it's sort of a misty rain.  We wondered about our farm tour, but there was some sun attempting a come back and we headed on our tour. At the George Washington Inn, which lies right on the coast of the Strait Of Juan de Fuca, fog prevailed. You can acyually look out behind the house, and the sun porch where we tea was planned and see Victoria, BC Canada across the Strait. No shuch luck on Saturday. We were sad for the folks who didn't even know the coast, beach or Victoria were even there! 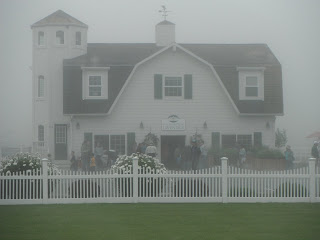 This was the view of the barn which houses the coffee shop, gift shop and plant nursery through the fog. 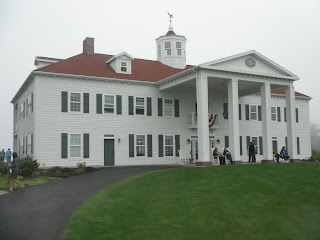 Approaching the Inn up the curved drive. The house is an exact replica outside of George Washington's Mount Vernon, although the inside is more open and modern.  Above the door was a bunting flag and a plaque put there by the owners: 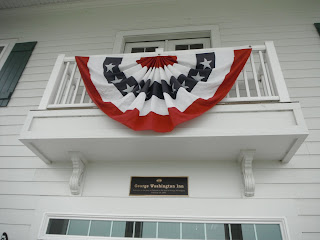 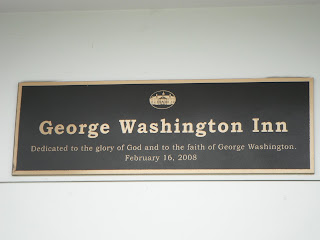 Here are the tables set for the tea before we entered. There were several seatings, we were at the 12:30 pm, 2nd seating. The location is along the entire of the back of the house in an enclosed sun porch overlooking the coast and the Strait....which you couldn't see! 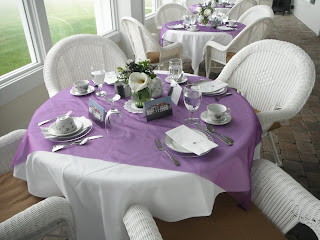 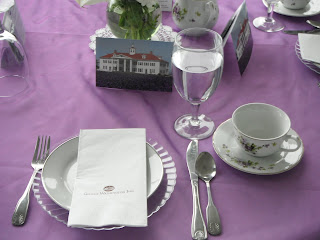 The china was patterned with purple and white, the flowers were lavender and calla lilies and there was a card with info about the Inn, the menu and a recipe for Washington Lavender Tea Biscuits and a packet of culinary lavender to make them. 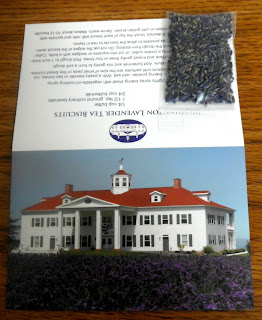 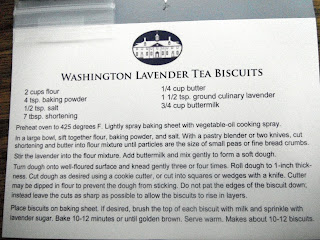 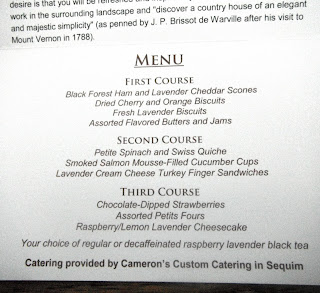 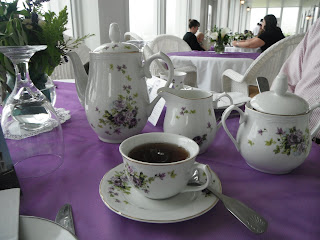 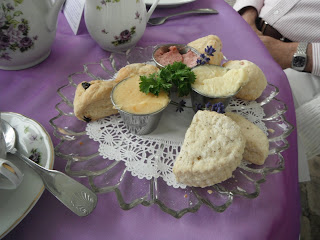 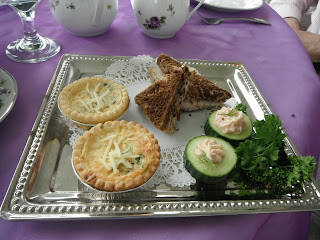 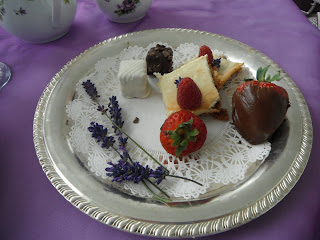 Chocolate Dipped Strawberries
Assorted Petit Fours
Raspberry/Lemon Lavender Cheesecake
The catering for the tea was done by a local caterer, Cameron's Custom Catering in Sequim and was very nicely done. My Honey felt there should have been another sandwich added, but.... I spoke to the owners of the Inn Dan & Janet and we discovered we had mutual friends, which was fun. The tea for the Festival was a one off, but it has caused them to consider adding a monthly afternoon tea. There aren't too many places in our area for tea, so we would certainly welcome that.
Altogether a lovely time in a lovely location...if only the fog had lifted. But...not to worry, we are going back to just check the Inn out and visit soon.
Posted by Antiques And Teacups at 1:50 PM