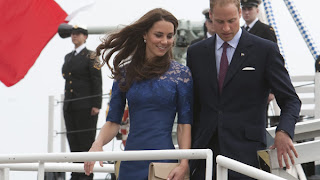 After a night cruising sown the St. Lawrence Seaway from Montreal to Quebec City, Prince William and Catherine arrived to a warm welcome. After a Sunday morning service with the crew they began their day. The visit included the

Maison Dauphine community center and a freedom ceremony marking the relationship of England and Quebec City. The couple then flew to Prince Edward Island. 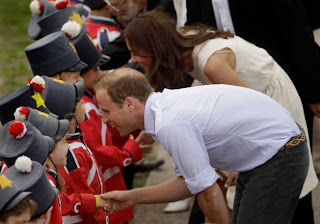 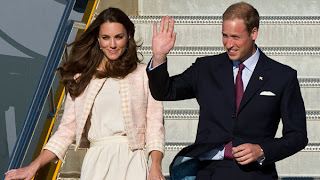 The couple will be staying at
Dalvay-by-the-Sea with some fun activities planned like a competition between dragon boats with Will & Kate as helmsmen on different teams and a helicopter demonstration with William participating..


A friend blogger, Sandi, lives on PEI and shared about the hotel they are staying at. For that post, visit Sandi's Rose Chintz Cottage. 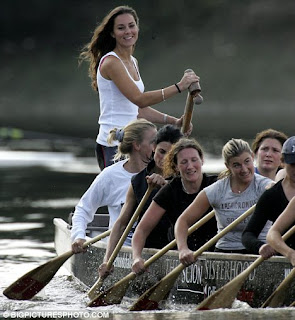 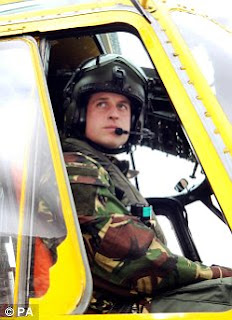 
·         The couple will meet the Premier of Prince Edward Island Premier Robert Ghiz and his wife, who is also called Kate
12:35 p.m. — Prince William co-pilots a Sea King helicopter to learn how to execute a "water bird" emergency landing at Dalvay-by-the-Sea.
1:45 p.m. — The couple learns about aboriginal, Acadian and Celtic culture at Prince Edward Island National Park.
3:55 p.m. — William and Kate take in a search-and-rescue demonstration and Summerside Harbour.
Charlottetown/Summerside, P.E.I.
The newlyweds will each race a dragonboat across a lake on Prince Edward Island during the official trip - although they are more likely to be helming than taking part in the demanding rowing process.
·
They will compete against each other in a dragonboat race on one of the island's lakes
·         William and Kate will visit Province House, the birthplace of Confederation
·         They will meet the Confederation Centre Young Company, agroup of young actors from every Canadian province and territory
·         Before leaving the island, Kate will take a trip down memory lane at Dalvay By The Sea, the charming 1890s seaside resort on the island that was featured in the Anne of Green Gables television series - one of her favourites


7:40 p.m. — The pair will have to bundle up as they touch down in Yellowknife.
Posted by Antiques And Teacups at 7:51 PM