Happy Teacup Thursday with Miss Spenser's Tea time blog. I was afraid I'd have to miss this teacup day too...as an damaged internet cable done during construction on the viaduct in Seattle this morning left me without phone or internet from 9am until 5:30. It's amazing how often we use it. You really realize it when it isn't there! 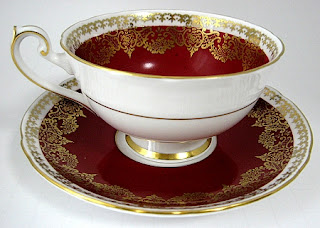 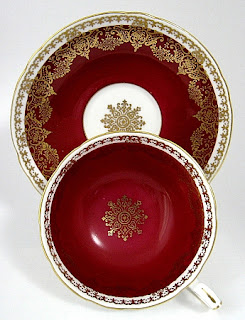 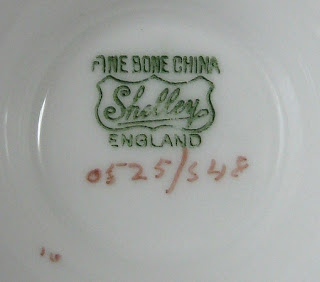 I had planned to share this Shelley red and white teacup with a blue and white one last week just before the 4th of July, but the internet was off again...that time because of local wire work. I just love the candy apple red on this teacup. The shape is called Lincoln and I love it!  For more info at Antiques And Teacups, click on the photos.  I just love Shelley...the workmanship is so super!


And now onto day 6 of Prince William and Kate's Canadian visit. There was not much supposedly scheduled, the official list just said a visit to the fire ravaged community of Slave Lake. 60 of the city was burned and the entire population had been evacuated. The couple had requested the visit and wanted to meet the people. The actual visit to the city was not publicized at all by their request, because they did not to disrupt the already difficult time the town is having.


Here are a few photos from the visit to Slave Lake, named for the First Nations tribe, the Slaveys, who first lived there. 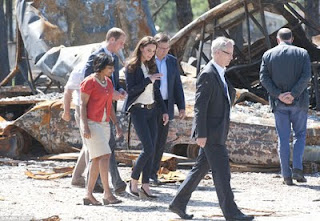 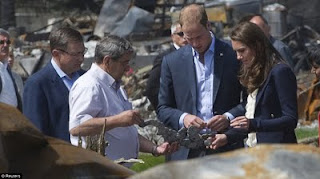 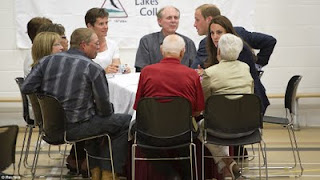 They met with some of the residents who had lost their home and belongings in the fire. 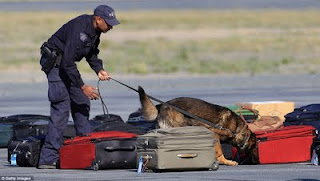 They may be royal, but their bags were searched like any airline passenger.


For more photos and description of the visit, I found a site called Yes, Make it Now. The photos above are from the site.


4:30 p.m. — The couple fly in to Calgary International Airport and take part in the traditional White Hat Ceremony, in which visiting dignitaries are presented with white cowboy hats.
5 p.m. — The newlyweds tour the Ward of the 21st Century Research and Innovation Centre and watch a presentation on health research.
7:25 p.m. — For their last evening, William and Kate are guests of honour at a reception where Prime Minister Stephen Harper will speak and present them a gift from the Government of Canada.

Speaking of gifts, Northwest Territories Premier Floyd Roland gifted Prince William and Kate with a parting gift. William received Harry Winston Diamond polar bear cufflinks and Catherine received a matching brooch  made with 692 diamonds in total from the territory’s largest mine, 2.48 carats each for the cufflinks and 4.5 carats for the brooch.

So when Kate gives Queen Elizabeth II back her diamond maple leaf brooch she'll have a Canadian souvenir of her own with clout!


Have fun visiting the other fab participants in Teacup Tuesday and have a great day. Hopefully the internet is fixed here.....
Posted by Antiques And Teacups at 9:33 PM