Kate & Will in Canada, Battle Of The Boats, Oysters? Waterbird landing

Day 4 of the Canadian tour by Prince William & Kate was apparently a blast...albeit a wet one in more ways than one. After a landau ride there were dragon boat races...with Will's boat inching out Kate's boat 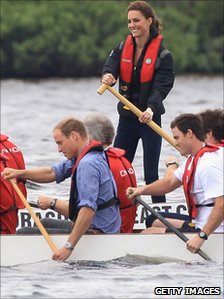 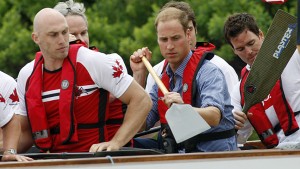 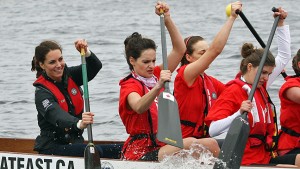 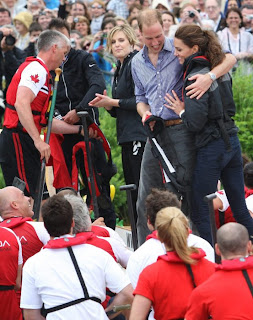 Prince William also got to perform a Canadian specialist helicopter move called a Waterbird" which is performed during search and rescue with the helicopter landing flat on the water. The manouever is not done in England so William was quite pleased...as well as proficient!   The BBC has a great video of the proceedings:
BBC Waterbird 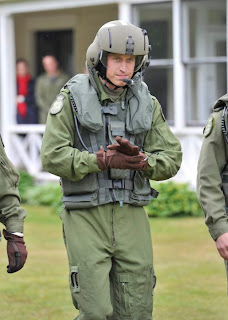 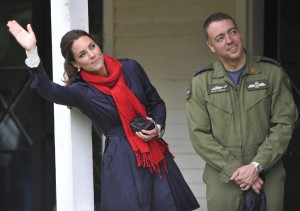 Kate waving at William as he takes off.


Then off for what we call a clam bake at the beach where Prince William declined to eat raw oysters but the more adventurous Kate did. Both loved the local baked lobster.


The couple visited with the period dressed cast of the musical Anne Of Green Gable, apparently Kate's childhood fav. 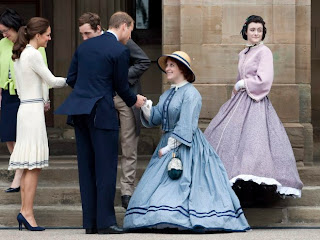 They departed and are enroute to Yellowknife in the Northwest Territories.

The schedule, as I can find out so far,  for day 5, July 5, 2011 in Yellowknife:
Tuesday, July 5 – Yellowknife  Day 5
11:40 a.m. — The royals attend Somba K'e Civic Plaza to take part in aboriginal traditions and activities, like drumming, dancing and sports.
1:05 p.m. — The Duke and Duchess hear from Northwest Territories youth during a session of youth parliament at the Legislative Assembly.
3:30 p.m. — The couple meets the First Canadian Ranger Patrol Group, which conducts surveillance and sovereignty patrols in Canada's North, at Blachford Lake, east of Yellowknife.
5:15 p.m. — The royals meet aboriginal elders and youth at the Dechinta Centre for Research and Learning at Blachford


Hope you have had a wonderful  Independence Day. We have so much to be thankful for. Freedom isn't free, it takes work and dedication but most of all the blessings of God.

God Bless America
(whether we deserve it or not)
Posted by Antiques And Teacups at 6:07 PM