Happy Teacup Tuesday during Royal Wedding week. How fun! I am joining these teacup blog parties among others, so visit them and join in the fun!


Teacup Tuesday
Martha for Teacup Tuesday
Sandi for Teatime Tuesday
Terry for Teacup Tuesday
Wanda Lee for Teapot and Tea Things Tuesday
Pamela for Teapot and Tea Things Tuesday
My teacup is a rare Canadian made Prince Charles and Princess Diana commemorative Royal Wedding 1981 cup and saucer. The bone china teacup was made by Canadian Classic, and very few of the Royal Wedding items were made in Canada. The photos are really attractive. The Welsh dragon for the Prince of Wales is on the back. For more info about the teacup at Antiques And Teacups, click on the photos. 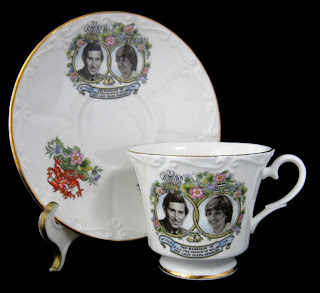 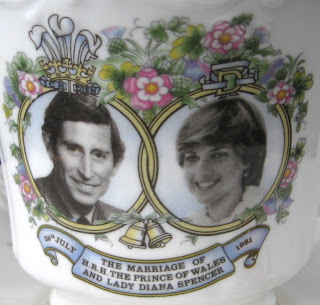 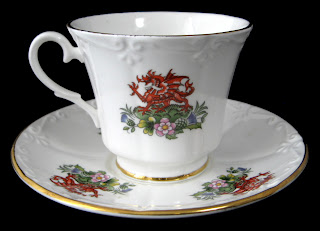 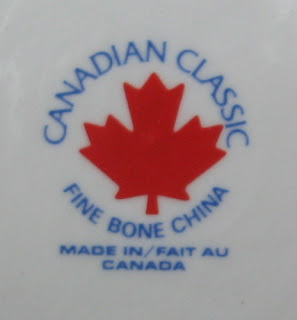 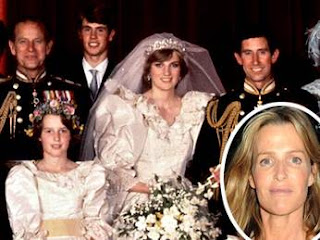 One of the bridesmaids that Diana had at her wedding was India Hicks whose mother was also a bridesmaid for the Princess Elizabeth when she married Philip in 1947. I think they have the honor of being the only mother-daughter duo to share that distinction. I found a great online article from the Tatler (a famous British society magazine) in 2000 in which she shares her memories of the occasion which is wonderful reading. India was 13 at the time of Charles and Diana's wedding. India became a model and TV presenter in later life.
Here is the link for that story:
India Hicks The Bridesmaid's Tale
Posted by Antiques And Teacups at 5:25 PM