Oh Goodness! It's Snowing! Or not, April Fool's Day and a Spring Tea... 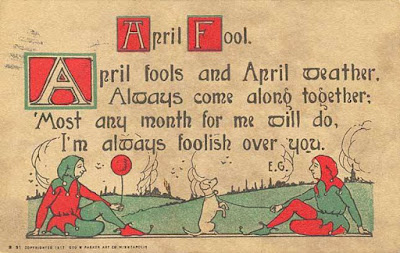 Hi there! It's April 1st, or April Fool's Day... and so glad it is NOT snowing!
You know I love antique postcards, and I found this a couple... so cute! 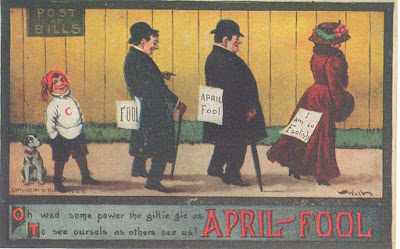 This one is from England in the Edwardian era, but with a Scottish brogue... 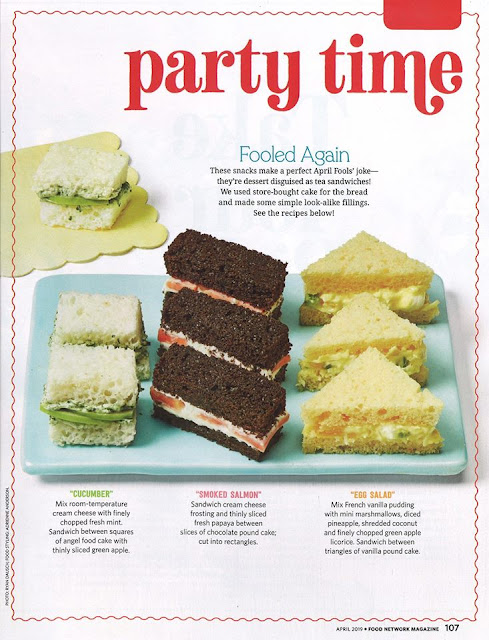 And a recent issue of the Food Network magazine I got had this... tea party desserts disguised as sandwiches for an April Fools Day tea...

In case you can't enlarge it and make it out...
Cucumber sandwiches: cream cheese and mint between slices of angel food cake and green apple slices 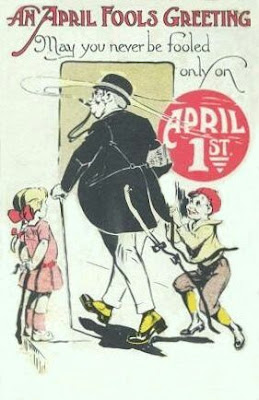 But not fooling, had a small tea in the sunroom to celebrate a lovely day. The pollen is keeping me indoore with the meds in use, and this is a bad year for pollen allergies... but it will pass! 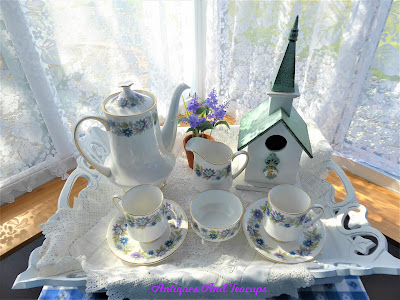 I am sharing a great pattern in a more mid century design from Paragon, England from the 1950-1960s... 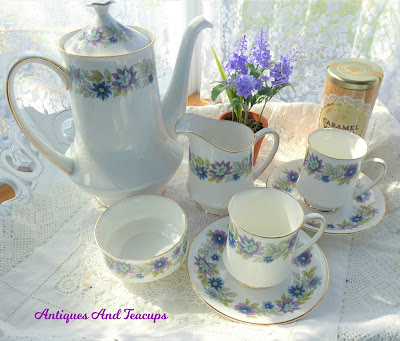 The pattern is called Cherwell and it has straighter lines from the earlier Paragon lines you usually see, as well as a modern "groovy" flower pattern. 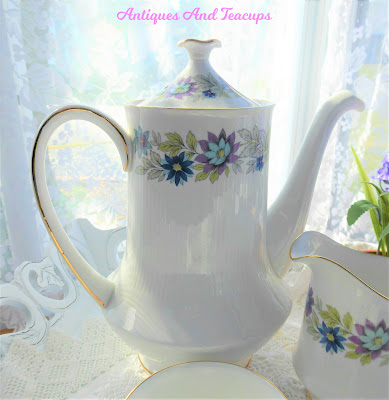 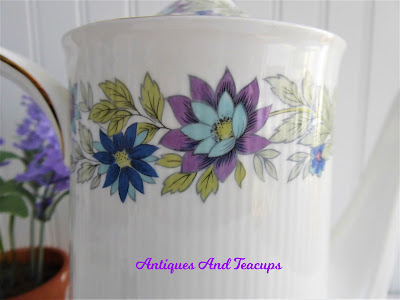 I love the cool colord of purple, blue and an almost avocado green... 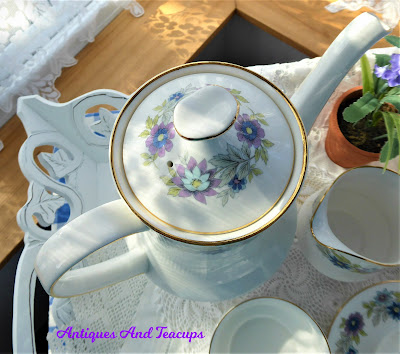 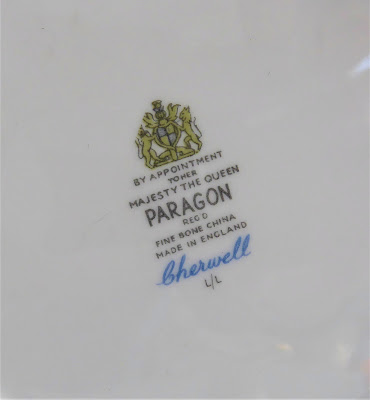 The set bears the Royal Warrant of Queen Elizabeth II, which was changed from the double warrant that included her mother, the Queen Mum Elizabeth and her mother-in-law Queen Mary who died in 1953, to the single warrant of the new queen.
Both had had china supplied by Paragon china. 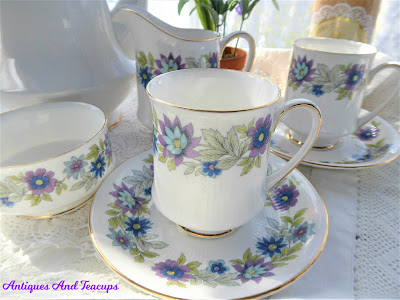 As you can see the teacup is quite straight up... very elegant. The bone china is also subtly reeded which I think is lovely. 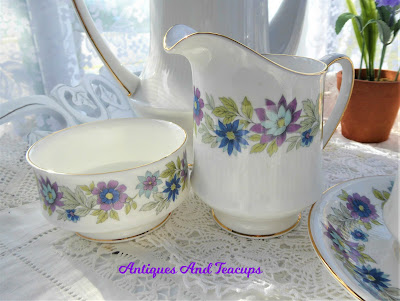 The creamer and sugar basin or bowl...
all are available at Antiques And Teacups. For more info, click on the photos. 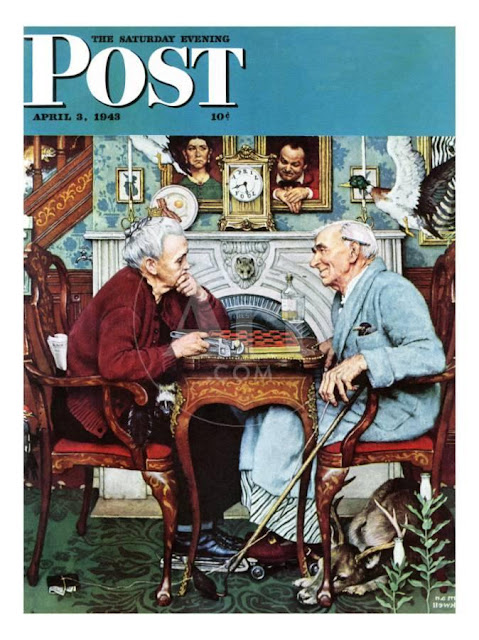 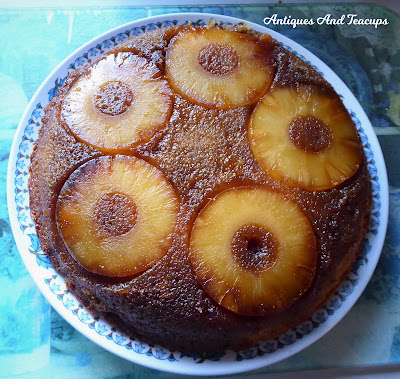 With the pollen, I have to avoid the foods I am allergic to, so this week I made my old standby Pineapple Upside Down cake, because I can make it without any milk products.... and a homey comfort food treat for tea is needed when you aren't feeling your best.

Thanks for joining me, and have a lovely week... and hope you don't get fooled!