Hello and welcome to Tuesday Cuppa Tea, my meme where we talk about all sorts of things related to tea, teawares and taking tea.
If you aren't getting my blog posts in your notices, it's because of the problems I had early this year with the evil blog scraper which necessitated changing my blog address. You will probably have to subscribe again with Google Friends Connect...which at the moment seems to be missing again....gggrrrrr...., Bloglovin' , Google + or Linky Friends....

This is really the beginning of the holiday season, as a rather late Thanksgiving is Thursday...as well as the coincidence of Hannukah with Thanksgiving...which hasn't happened in 114 years! So...from my home and heart to yours.... 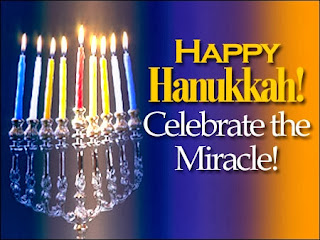 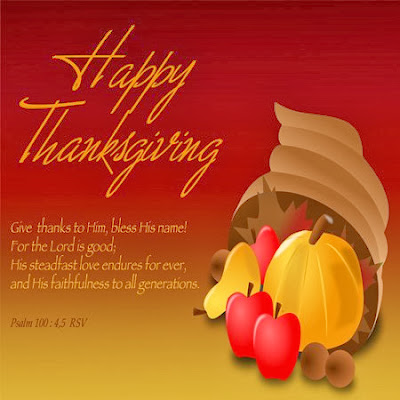 I have so very much to be thankful...this week and every week. We are so blessed! I don't need just a day to be thankful...it's an everyday acknowledgement of blessing received! I hope your week will be especially cognizant of this...no matter what trials you are going through right now that seem insurmountable. Look back and dwell on the goodness and blessings that surround us. I have to when I get down about circumstances, but they pass and the blessings remain!


And on to the Shelley China cup shapes part 3: 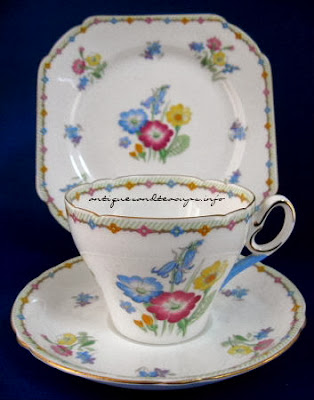 This Shelley China cup shape is called Old Cambridge...so named when in 1954 they "modernized" the shape. The Old Cambridge shape was made between 1937 until the 1950s as a major shape for Shelley, but after the issuing of the New Cambridge shape was used only sporadically as it overlapped the new shape and then was discontinued. It happened with patterns too. As a point of interest, the pattern on this Old Cambridge teacup trio is now called Old Wild Flowers from the 1930s that was reworked and "modernized" in the early 1950s as well...but that's another topic entirely... 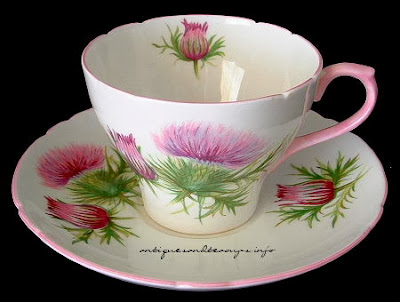 This Shelley China, England cup and saucer is in the New Cambridge shape that replaced the earlier version. The cup has a slightly wider base and the handle is definitely different. Both designd were made in a myriad of patterns and trims...you never know what you'll see next, as it was one of Shelley's most popular shapes. The pattern here is Thistle.  The New Cambridge was made until the pottery closed in 1966. 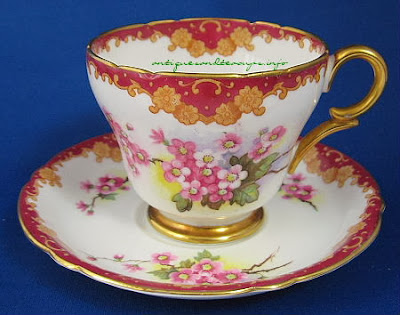 This Shelley China cup shape is called Henley and it was made in 2 sizes...the regular size for tea and a smaller so called coffee size for after dinner coffee from 1938 when it was introduced until 1966. There were various kinds of patterns and trims...this is the burnished gold trim, which is actually hand burnished or polished 24kt gold leaf.  The pattern is interesting and a great example of Shelley's famous artistic license for it's artists. They were allowed, with permission, to mix pattern elements from time to time for production or for special commissions or orders from groups, individuals or stores. This is an example of a mixture of the Blossom pattern and a floral border from a different pattern that had no name.  I LOVE that! You are constantly finding something different! 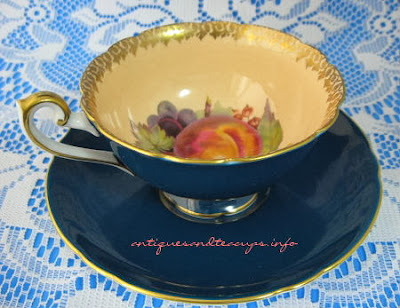 Now these next 2 cup shapes will really stir up your detective and observing skills. Although these 2 teacups look like they are the same, they really aren't...same pattern on both called Fruit Center, same gold overlay cup trim. The outside colors are of course different, but... 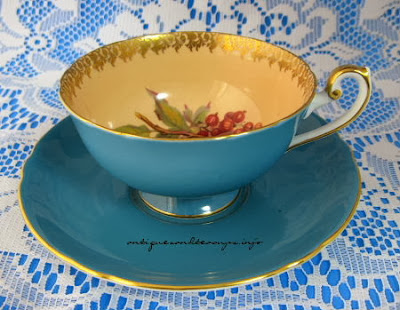 The teacup at the top of the 2 is in the Boston shape, made between 1963-1966, and the bottom in Turquoise is in the Lincoln shape, that was made at the same time. Can you see the difference??? You have to look hard! 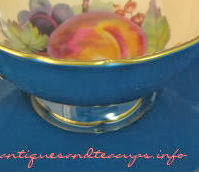 The difference is just the little "nips" on the cup foot that gave the shape it's totally different name, Boston. That's another Shelley "thing".  But that's what has made the study of Shelley so interesting! 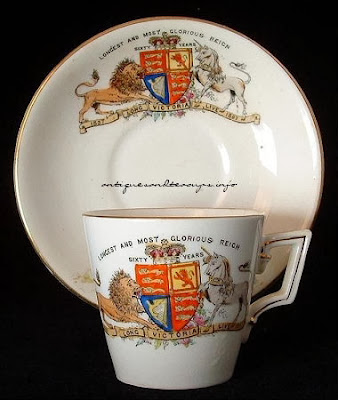 The last shape this week is the Victoria shape, so named because it was named after being used for the Golden Jubilee of Queen Victoria in 1887 and then was used occasionally into the 1920s. This cup and saucer is from Queen Victoria's Diamond Jubilee in 1897.

All of the photos are mine...either available for sale at Antiques And Teacups or Time Was Antiques or from my personal collection or archives. 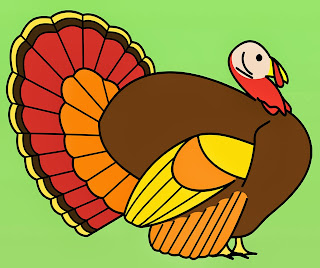 I found a great tea related recipe on a Sunset magazine website I thought I'd share that uses Earl Grey tea: 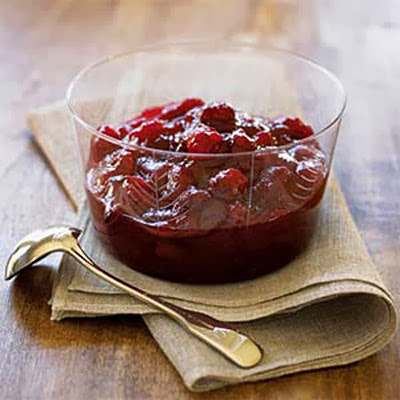 Earl Grey tea is the secret ingredient in this sweetly aromatic, lightly spiced sauce. Just pay close attention to the timing--too much steeping can turn the sauce bitter.

I'm going to try it!

I want to end with some photos from a walk to the Railroad Bridge Park and Dungeness Audubon Center we did yesterday while the weather was crisp and sunny.  For more photos of a visit there a few weeks ago...it's a favorite walk for us...click HERE. 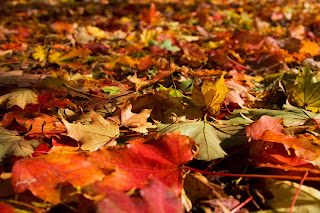 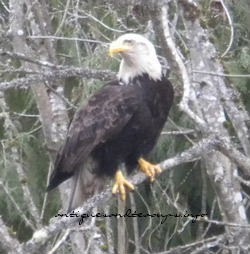 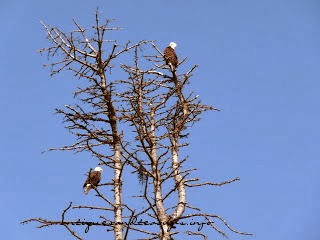 Have a lovely week! Here are a few of the blogs I will be joining and the linky for you to link your tea related posts.  I just love to hear from you, my dear friends!


An InLinkz Link-up
Poetry In A Pot Of Tea
Posted by Antiques And Teacups at 7:25 PM