Thank you so much for all who have been praying for us during my husband's heart issue...I'll give a progress report below.


But...hopefully better late than never...here is my offering for Teacup Tuesday with these great blogs and others: 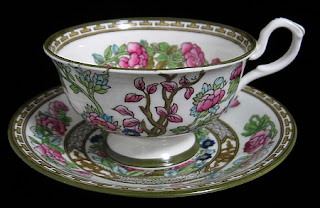 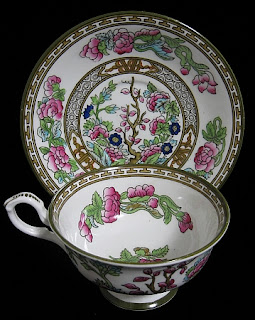 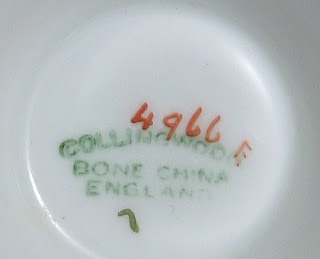 This is a teacup and saucer in the Indian Peony or Indian Tree pattern by Collingwood, England made from 1924-1930. I love this pattern.  There are several variations of the pattern with varying names because it was made by perhaps 50-60 different potteries during it's long history, and is even still being made. A perennial favorite.
The pattern developed and was popularized in England during the Raj period of British domination of India and was taken from Indian designs. The pattern has different colorways and slightly different design elements in it's different incarnations, but is easily distinguished as variants on the Indian
Tree theme. 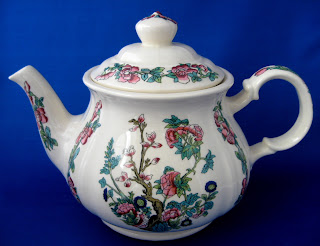 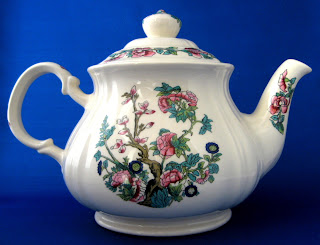 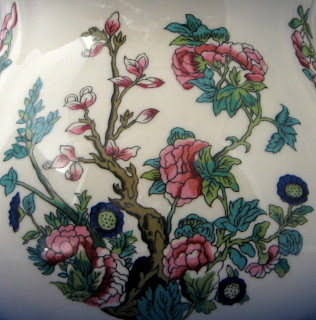 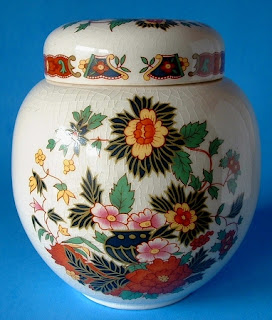 Another Sadler Indian Tree version with a slightly different pattern and colorway. 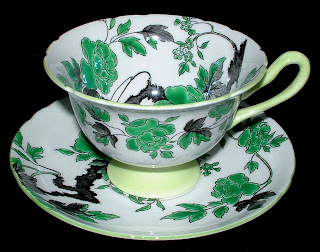 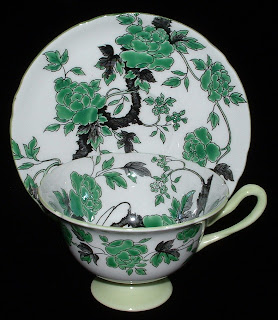 This is Shelley, England's version which is called variously Indian Tree, Peony, Chippendale and Ovington.
And there are so many other lovely versions by other makers! How fun is that!!!  For more info on any of the items which are in my shop, Antiques And Teacups, click on the photos.
Now for a health report on my DH. We just got back from the cardiologists where he had a nuclear imaging and stress test but we won't know anything until later this week or early next week. But he is stable, resting and I am relieved to have that phase over with. Thank you again for the prayers of my friends...it has meant so much. I will post if there is any news. Thank you again. 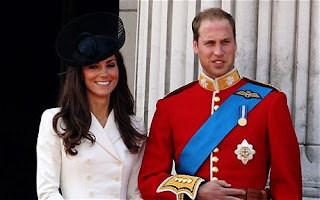 And for the royalists...Prince William and Catherine arrive in Canada on Thursday for their visit. Here is the reported schedule:
Thursday, June 30 — Ottawa


2 p.m. — Duke and Duchess of Cambridge arrive at the Ottawa Macdonald-Cartier International Airport, where they will be greeted according to Canadian custom and protocol.
2:35 p.m. — The couple lay a wreath at the National War Memorial in downtown Ottawa.
3:15 p.m. — Gov. Gen. David Johnston and Prime Minister Stephen Harper officially welcome couple to Canada at Rideau Hall, with full military honours and a 21-gun salute.
6 p.m. — The royals attend a Celebration of Youth barbecue.
I plan to post the schedule a few days ahead for those who are interested.  Have a great day visiting the other Teacup & Te things posts today...I plan to enjoy them all!
Cheers!
Posted by Antiques And Teacups at 12:41 PM