What a glorious summer week it has been! Sunny and warm!
And lots of organic fresh fruit in the local farm shops... doin' the happy dance!
Had hoped to post this Sunday, but we had a ...joy, joy... water heater leak, so things have been a bit distracted.
But... 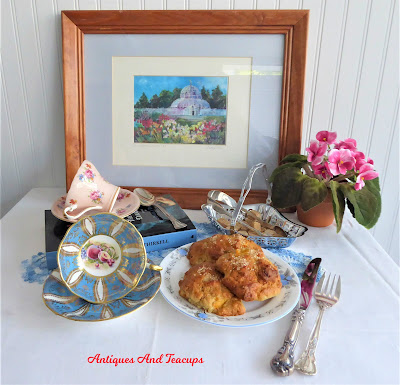 I was moving the position of  a print I love, and thought I would share it with you.
And so combined with a couple of newly found teacups and the Tender Peach Scones I made from a new recipe to use up a couple of getting-very-ripe peaches... 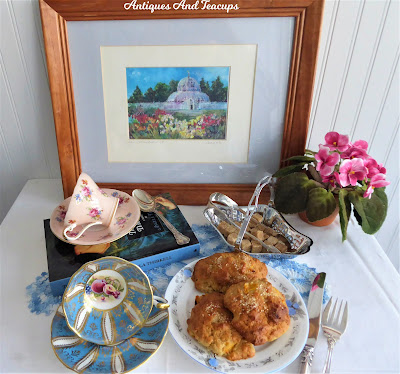 The print is one I bought from the artist, Barbara Fox, matted print of a watercolor by living listed artist Barbara Fox that was purchased from the Loey're Gallery, Sheridan Oregon during the artist's exhibition at the Angels Camp, CA., The Best of Calaveras County Annual Exhibition in 1999. 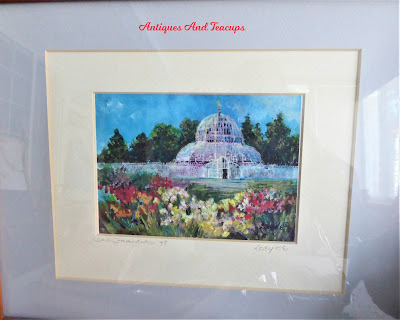 The print is titled San Francisco, '98, and is the glass Conservatory of Flowers in Golden Gate Park, and was done as a fundraiser for restoration after the 1998 Loma Prieta earthquake.
Having grown up a few miles away in what is now known as Silicon Valley, and having spent many happy hours growing up visiting with my nurseryman uncle,  I couldn't pass it up. 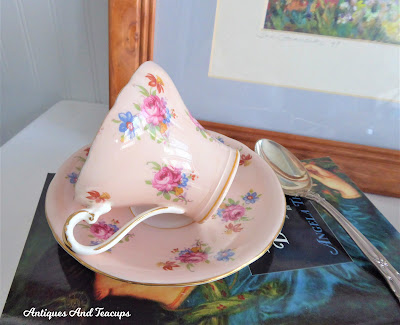 I am always on the look out for teacups, and found a few lovely ones.
This is a gorgeous peachy pink floral chintz teacup by Aynsley, England is what is known as a corset shape. 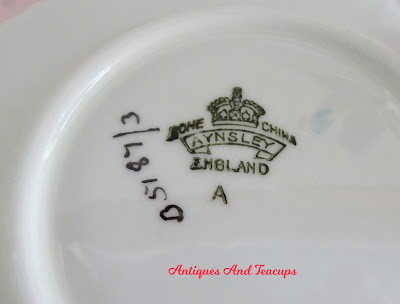 The mark dates it to the early 1950-1960s, and includes a pattern number, which isn't always the case. Aynsley is now owned by Belleek since 1997. 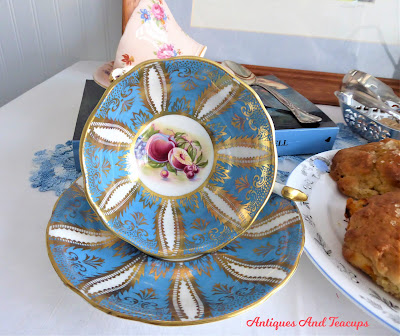 The other teacup is a gorgeous one from Paragon, England with French blue and white, gold overlay and fruit centers...including peaches! 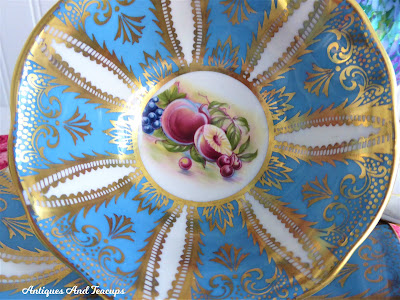 I think it is gorgeous! 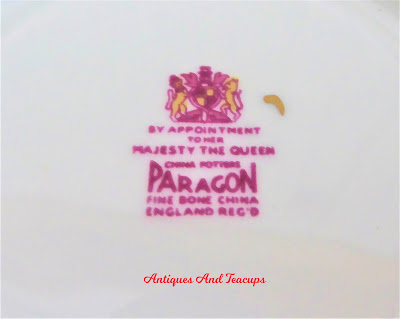 The Royal Warrant on this Paragon teacup is for Queen Elizabeth II. The mark dates to the early part of her reign, which began in 1953. The mark changed a few years later. 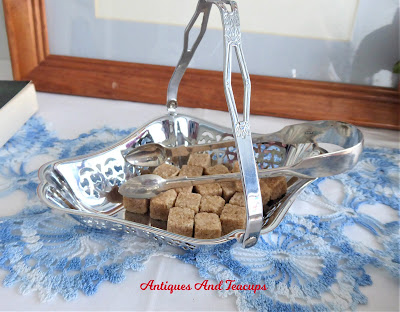 I used a chose a chrome basket for my sugar cubes... and an antique pair of English Regency or Georgian period hallmarked sterling silver sugar tongs in the fiddle pattern. 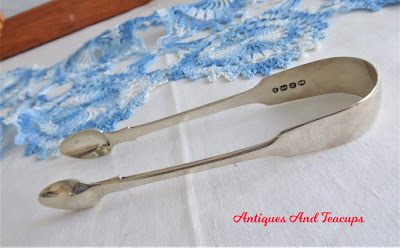 The sugar tongs or nips are hallmarked for London, England 1835 and the maker ABS for Adey Bellamy Savory and measure 5.75 inches long.
They have the script monogram of P T on the bow. Could Jane Austen have used them???? 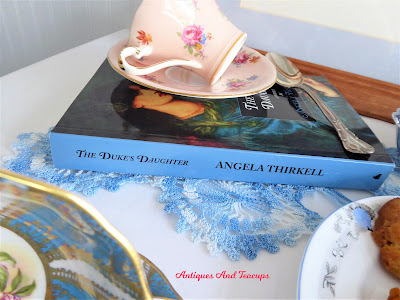 I love to read. And over the years have found authors I have really enjoyed, and collected their books. The book I was currently reading when I did this tea is The Duke's Daighter by Angela Thirkell. Although the cover is from a ptr-Rapaelite Victorian painter, the story is placed in world war 2 time England and is charming. 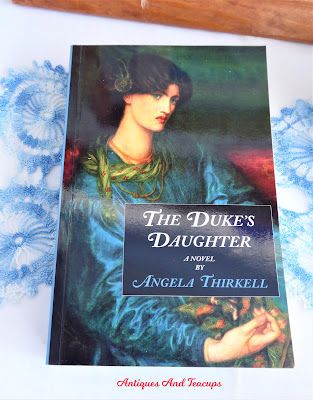 The pre Raphaelite cover is apropos, as Anela Thirkell's mother was the daughter of the painter Edward Burne-Jones, and her mother is probably the model for his painting on the cover.
If you enjoy Miss Read, English country life, a bit of romance and gently humor, the books are a delight. 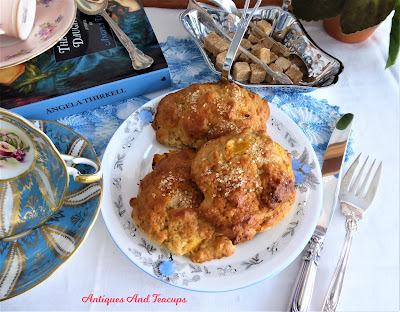 And for a tea treat... Tender Peach Scones from King Arthur Flour....

*Don't like nutmeg? Substitute ground cinnamon, or simply leave out the spice altogether.

Posted by Antiques And Teacups at 7:07 AM