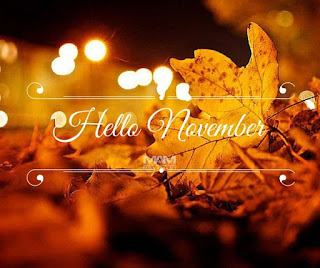 Hello and welcome to the first Tuesday Cuppa Tea for November...amazing!

November began with wind and snow for us....but that's okay....
normal, really....
But as it was just Halloween, the flavor lingers on the post today...
I am calling this my Beauty And The Beast tea...as you will see... 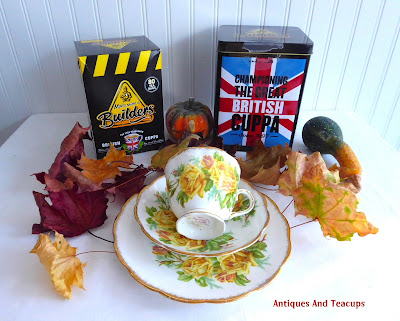 The Beauty is...the teacup trio from Royal Albert, England from the 1940s... 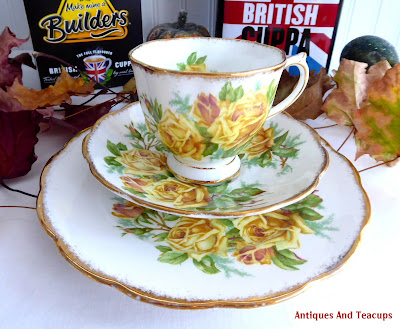 In the pattern called Tea Rose....
I don't often have yellow teacups around, my eye usually goes to blues, pinks or reds, but I have always liked this pattern... 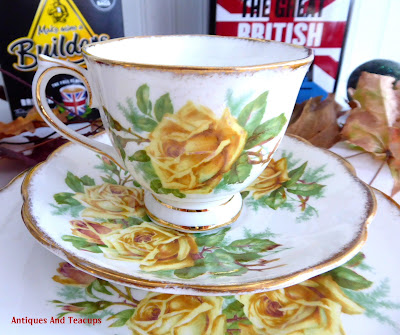 I like the way the Roses contrast with the foliage, and I really like that it has the better quality brushed gold or sponged gold trim. 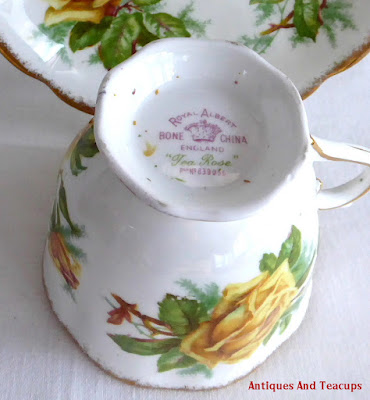 The pattern was discontinued in the early 1970s, when Royal Albert was part of what...if you have followed my blog much...you will have heard me refer to as The Great Slice And Dice, or major reorganization...read closing and redstructuring...of the potteries in that period.
The upshot was, that since 1998 all Royal Albert has  and still is, made elsewhere in the world...primarily in Indonesia.
Royal Albert was a mark of Thomas Wild until 1964, and after 2 subsequent swallows, became part of Royal Doulton in 1972, then WaterfordWedgwoodRoyalDoulton who were acquired by Danish Fiskars in 2015.  It remains to be seen what happens now, as all UK production of Royal Albert ceased in 2002...sigh... 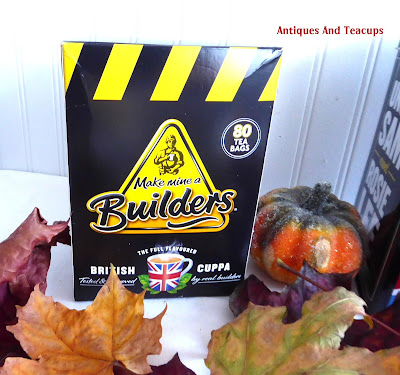 And now for my Beast...Builder's Tea! Made for and by Builders it says...I really bought this brand because I LOVED the large, square tea tin with the Union Jack it it...containing this cardboard box full of yea bags inside. The woring all around is so fun!
The Full Flavoured British Cuppa
Make Mine a Builders 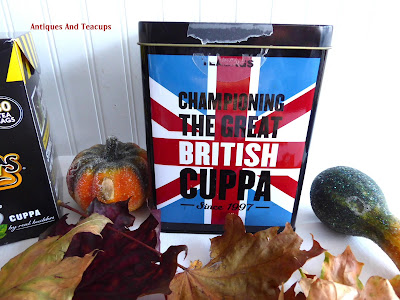 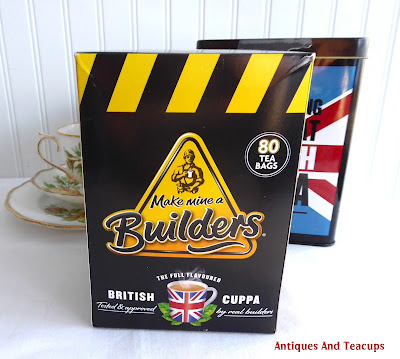 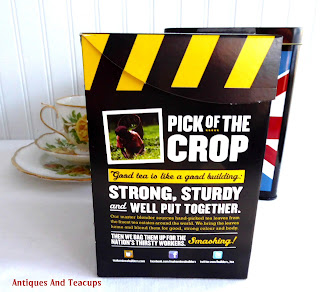 Pick of the crop
Good tea is like a good building...
Srong, sturdy and well put together 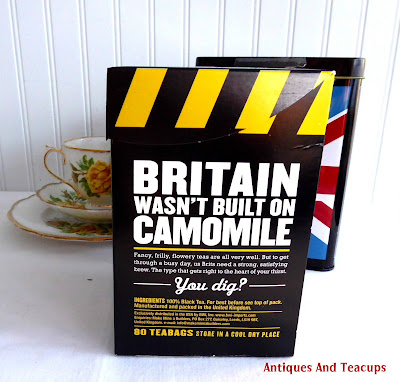 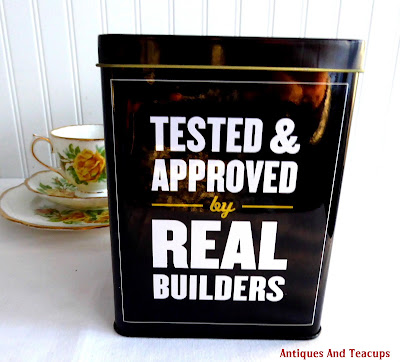 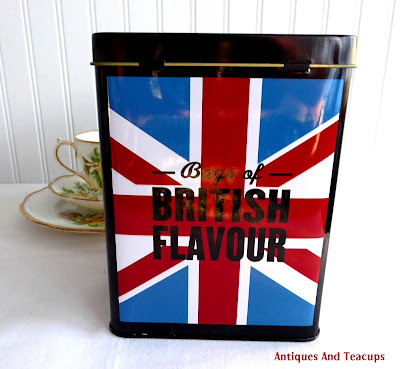 Pretty fun, huh?
Now it's cofession time...I don't like the tea...too dark and one dimensional in flavour to me...I think it is pretty well all Assam, and I'm a Darjeeling girl...
My husband will drink though, so that's all right...and I'll still keep the tin!

So there you have my Beauty and the Beast tale...

As Halloween has just passed, and you either might have left over trick or treat candy, or have been to a store with a half off on candy post Holloween, I thought I'd share a great recipe I found on MyRecipes.com with an ingredient of a lovely looking cake being leftover mini candy bars. 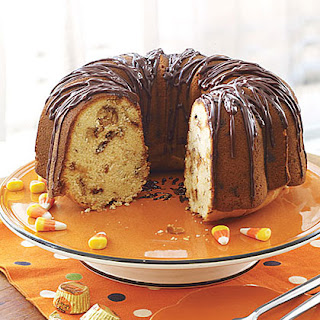 Thanks so much for joining me for tea!
Here is the Tuesday Cuppa Tea linky for your tea related posts...please remember that it is SSSLLLOOOOOOWWWW but if you are patient...it's there!  I am so looking forward to visiting you!
An InLinkz Link-up
Posted by Antiques And Teacups at 4:20 PM