Today is November 5th, which is a major date on the calendar for Brits...Guy Fawkes Day...and Guy Fawkes Night or Bonfire Night...so I am reprising this post from Nov. 3, 2013... 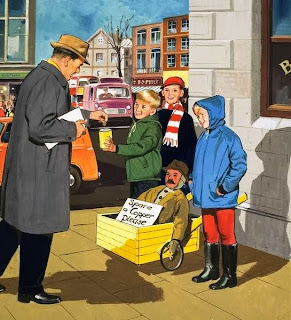 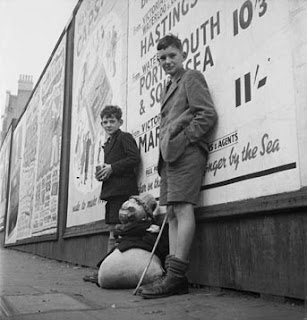 Everywhere around the UK from September and October, children collect money to pay for fireworks...and a few candies as well...for Nov. 5th, Bonfire Night or Guy Fawkes Day. It is the historic excuse for huge bonfires and a bit of neighbourhood conviviality...and lately some political interest, but more about that later. 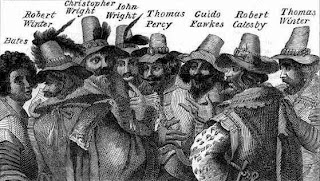 Guy Fawkes, was an anarchist who tried to blow up England's Parliament building in 1607. The plot was foiled, and he was executed. The day has been celebrated in England ever since with bonfires, block or neighbourhood gatherings, roistering and fireworks. An effigy of Guy called "The Guy" is carted around as a collecting tool, as burnables are also scrumped, begged or lifted for the bonfire. The call is usually "A Penny For The Guy" although nowadays, much more is expected. When we were last in the UK in October, and out for a meal with the family at the local Harvester Restaurant, we ran a gauntlet of 3 guys and 6 kids at the entrance who wanted ponds and would have rioted at penneys....and I didn't have my camera with me! 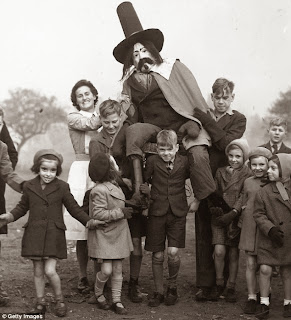 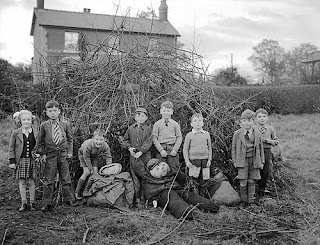 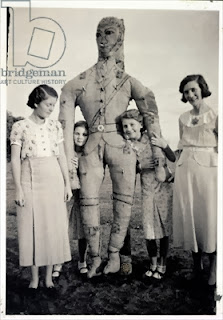 One of the oldest images is this by the famous political satirist from 1827, Cruikshank... 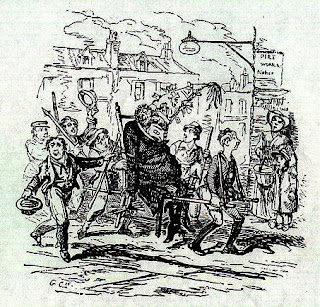 One of the modern thing that has come out of and is directly attributable to Guy Fawkes is the mask now used by the Wikileaks and Occupy groups who have adopted Guy Fawkes as their poster child and alter ego: 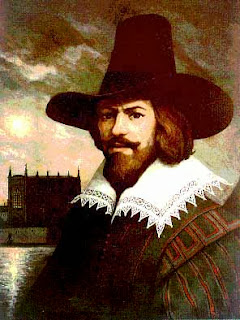 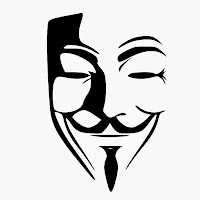 That's where it came from....But...back to the fun side. Bonfire Night is probably best know for it's food and drink...with mulled wine and cider a favorite with the beer, and the custom from hundreds of years, of baking potatoes in the embers of the bonfire.... 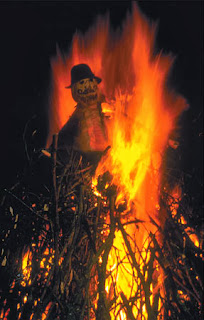 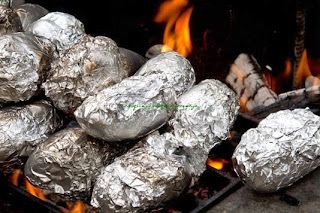 Jacket potatoes as they are called in the UK are a big thing, and Bonfire Night is probably the source, although potatoes have been roasted forever in the embers of fires. There is a taste that is so exquisite!  There are baked potato carts, this one is in York.... 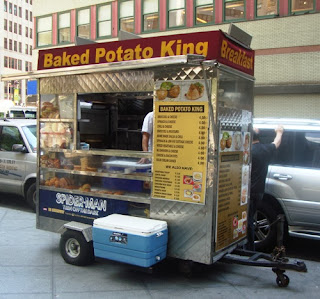 and whole restaurants with all the various toppings....like tuna mayonnaise, prawn mayonnaise, baked beans, curry, you name it! We took a young friend with us to England in 2001 which was a gift to her from her parents as a graduation present, because she had been a pen friend, or pen pal to a niece of ours whom we were taking her to see. Amy was a vegetarian, and quite concerned about what she was going to eat. It was her first time out of the USA. But when we got to our London hotel for a night before heading up to the Cotswolds for a few days on our way to the family in Erdington in the Midlands, she was thrilled and relieved when we pointed out a Jacket Potato restaurant just around the corner where we often ate. 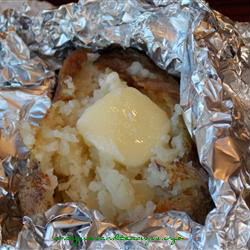 The potatoes come out of the fire in their foil containers which keep the moisture in to steam bake them and keep them from burning and being too sooty. The foil is then peeled and the potato is eaten with a bit of butter when it is cool enough.  In honor of this...guess what we're having for dinner tonight! A favorite quick meal for us...a jacket potato with baked beans and cheese...Tofutti cheese for me! 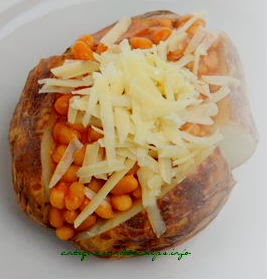 The poem commemorating Guy Fawkes is often read and even presented as a song....


Remember, remember, the 5th of November
The gunpowder, treason and plot;
I know of no reason why gunpowder treason
Should ever be forgot.

'Twas his intent,
to blow up the king and the Parliament.
Three score barrels of powder below
poor old England to overthrow.
By God's providence he was catch'd
with a dark lantern and burning match.

Hope your evening is full of fun and goodies...but don't get burnt!

Antiques And Teacups is having a sale...

Posted by Antiques And Teacups at 10:24 AM