I couldn't share my blooming iris today for Pink Saturday with How Sweet The Sound...they are purple and yellow. Sigh... 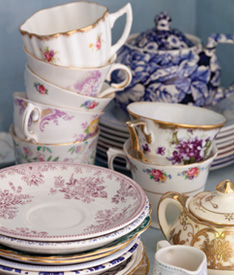 But if there's one thing I DO have...it's pink china...along with other colors, so that's what I have today. 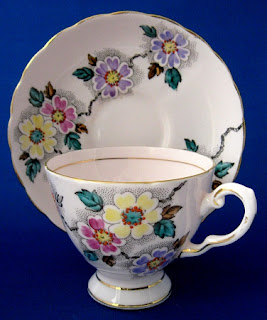 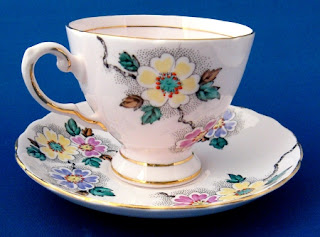 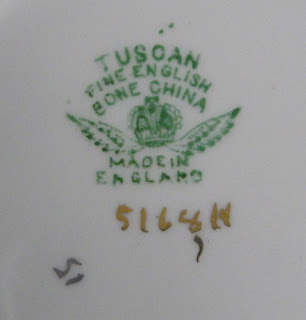 This is a favorite art deco era pale pink teacup with hand painted enamel on transfer design that looks like apple blossoms. The cup and saucer was made by Tuscan in the 1930s and is one of my favorites.


It's amazing how opinion has veered about tea over the decades. In the middle 1700s when it was being first imported to England it was extremely expensive, and thought of more as a drug than a refreshing beverage. The expense caused unethical people to mix tea with all sorts of things to stretch it...and maximize the profit...including some substances which led to death. That prompted the Tea Adulteration Act of 1777 in England which set forth heavy penalties for diluting the tea with other substances. The act itself had this quote in it:

"The adulteration of tea leads to the prejudice of the health of His Majesty's (King George III) , the diminution of revenue, the ruin of the fair trader and to the encouragement of idleness." 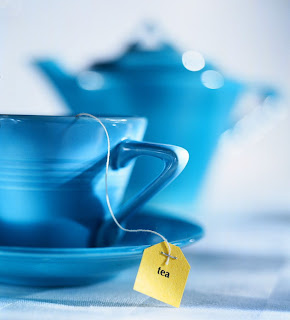 Until recently, tea was thought to be dehydrating,  drinking tea far inferior to  drinking water and generally an outdated waste of time. That has now ALL been recognized as incorrect, and the health benefits of tea drinking established...not to mention the relaxation and enjoyment drinking tea with a friend evidences. I'll drink (a cuppa) to that!

The tea! - The tea! -the wholesome tea!
The black, the green, the mixed, the good, the strong Bohea!...
And from it I will never part...
And death, whenever he comes to me,
Will find me - drinking a good strong cup of tea!

For more on the art deco teacup at Antiques And Teacups, click on the photos.

Have a great weekend!
Posted by Antiques And Teacups at 5:29 PM