November continues... and has arrived here with cold temperatures that have had us putting on fleeces an adding another blanket!

But flowers and birds on chintz immediately lifts our spirits and warms us! 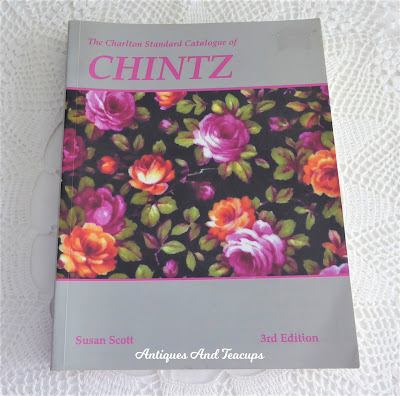 I have been enjoying researching some new items, and have enjoyed learning about a chintz pattern that morphed through the years into 2 other versions... similar but different.

And one of my reference books, held the key.

The Charlton Standard Catalogue Of Chintz is always a star of the chintz research books. It has been published in several editions, but this is the most recent which dates to 1999. I don't think they have published one since. 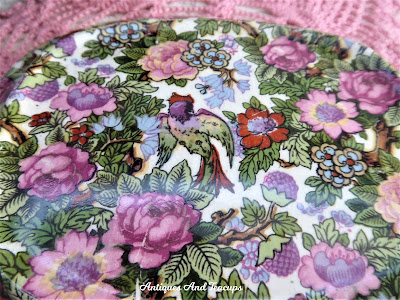 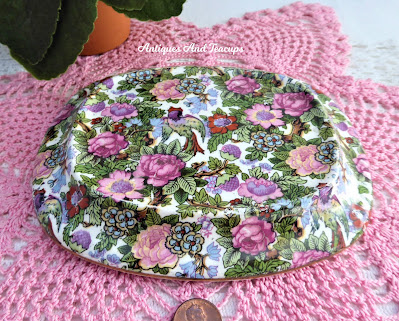 The original chintz, pattern number A500 with the above one, here on a teapot stand, with colorful roses, berries and fantasy birds, and was released in 1918 and was an instant success, although not seen much today. 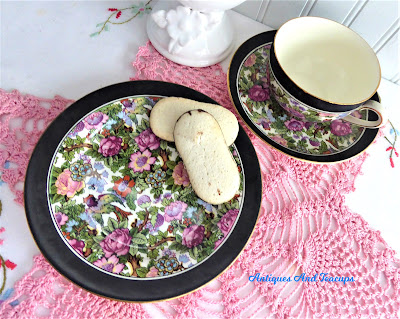 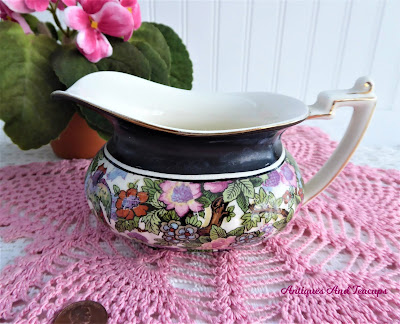 A few years later, the pattern was updated with a matte black band, and became Ivory Chintz noted as pattern A559. 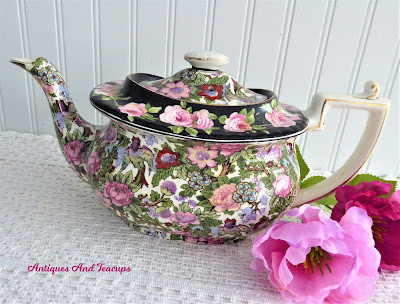 The final version was released in 1926 with lovely pink roses added to the black banding and renamed Roseland... 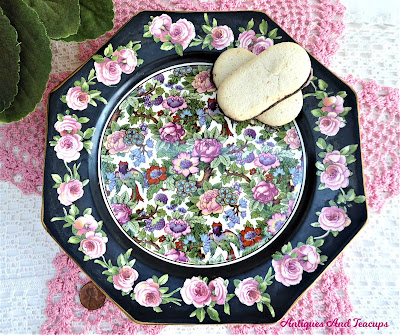 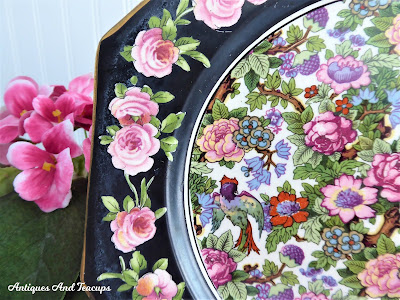 All versions continued to be made, so purchasers could mix and match... always a fun choice. 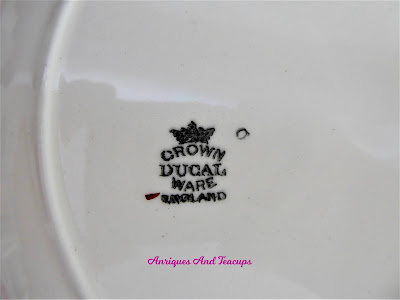 A. G. Richardson, the maker of Crown Ducal, which opened in 1915,  finally closed in 1974.
But what a great legacy of chintz and other quality English pieces!
These and more items at Antiques And Teacups
https://www.antiquesandteacups.com

Posted by Antiques And Teacups at 8:12 AM