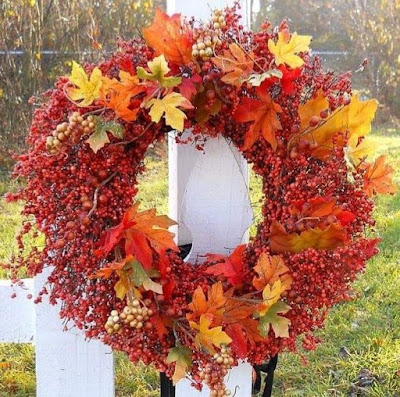 Today is officially the first day of autumn, although it has been autumn here for the last week or so... morning fog, cooler nights, some rain and leaves in wonderful colors beginning to litter the ground as we walk daily. 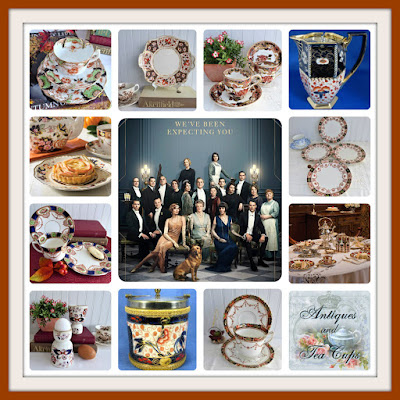 It was also the release of the Downton Abbey movie, but haven't seen it you. I do a collage of Imari china in honor of the movie from my Antiques And Teacups shop. And the colors are so perfect for fall! 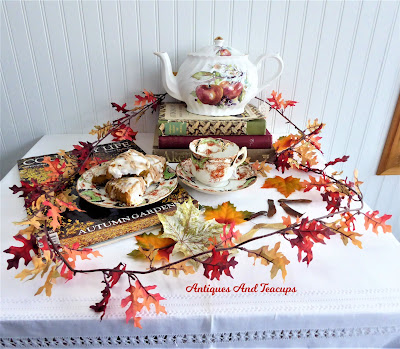 You might remember my computer woes... I had gotten it back after a week at a tech's after a Windows update caused it to crash just before we were due to leave on our annual break. And it still was not working... no access to photos, camera or files, and generally still a mess.
So a week ago I called someone else...and they came TO me... we had to take the hard drive to the previous, not good with my tendonitis and my husband's Parkinson's Disease...spent time to see what the problem was, took the hard drive, had it overnight and brought it back the next day.
They had to remove everything the last guy had done, reinstall and update everything.
BUT, everything now is working again! I have to learn the new Windows 10, but it works!!!!
But have not had time to a post for today, so this is old and new! 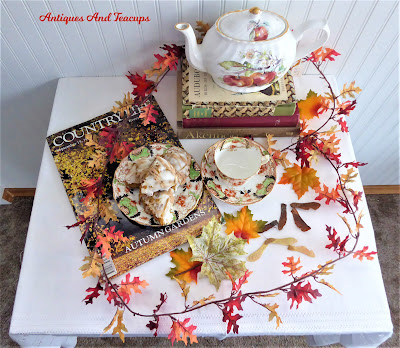 I had forgotten about this 1970s Arthur Wood, England fruit pattern teapot, so brought it out for tea... 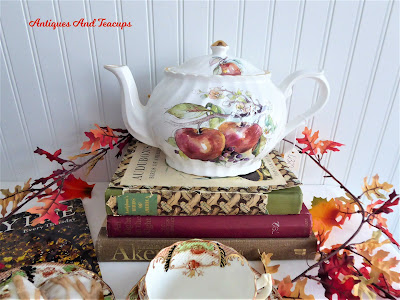 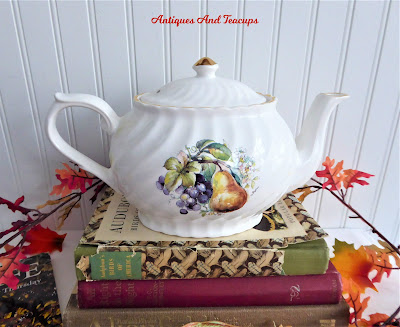 The large 40 ounce teapot has different fruits on each side... apples on one side and a pear and grapes on the other.,,, very autumn!
The pattern is signed, but I can't quite make out the designer... George something... 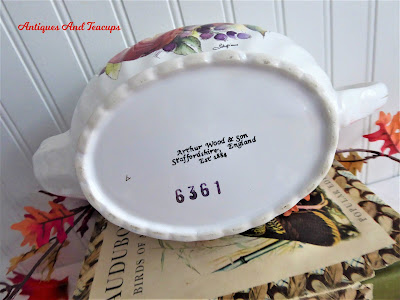 Arthur Wood started in 1904 from a branch of the prolific Wood pottery family in the Stoke-on-Trent area.
They went into administration in 2003, and were sold to Rayware Ltd., producing kitchenware and household goods.
They have continued to use the Arthur Wood (and Price Kensington as well) but many are no longer made in the UK but are made in China or Indonesia.
The number on this pattern dates it to the late 1970s. 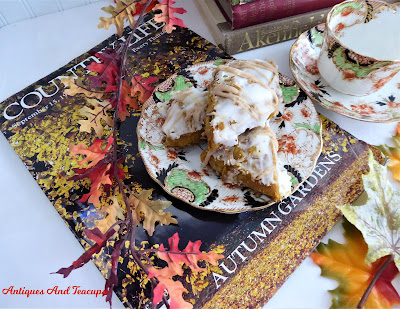 I am looking at fall magazines I have from past years... this is a UK Country Life from 1998 that features autumn gardens.
I found some Pumpkin Scones...my first dive into the plethora of pumpkin treats this time of year...except, of course for the pumpkin spice teas I have been enjoying... 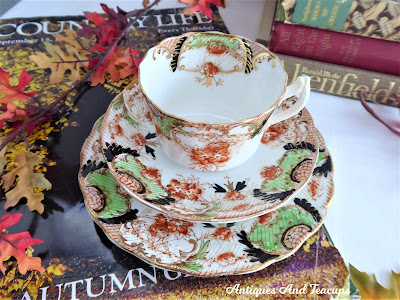 And my autumn teacup is a Victorian era Sutherland Imari teacup trio in an unusual colorway. 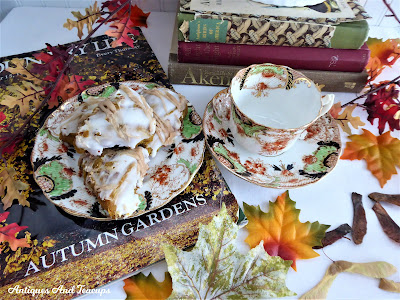 The term Imari was taken from the colors of the Imari region of Japan and adopted by English potters early in the Victorian era. 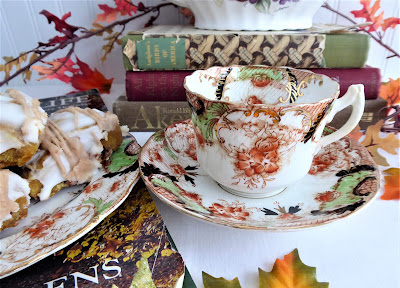 This is unusual because the lime green is dominant with the sepia or reddish brown transfreware with deep cobalt blue and lots of gold. 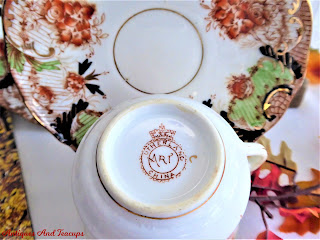 I love Imari, and Violet, Dowager Duchess of Grantham had several different sets of it through the Downton Abbey series...I'll be looking out for it in the movie, which I have heard has lots of tea scenes.
Imari was popular until the 1940s in one form or another, but was not considered "modern" enough following World War II. 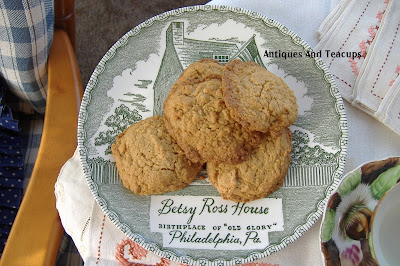 These autumn cookies I made recently are an old recipe I got when we were first married 42+ years ago from a can of Libby's Pumpkin Puree...although I now use an organic brand from our local organic market....They are a perfect fall treat! here is the recipe which I stumbled across online...just the same as my can label!


How cool is that!?!  And we just finished off our half of a batch I made...froze the other half. How long they will stay frozen, is another question...lovely with a cup of tea, Chai or not! 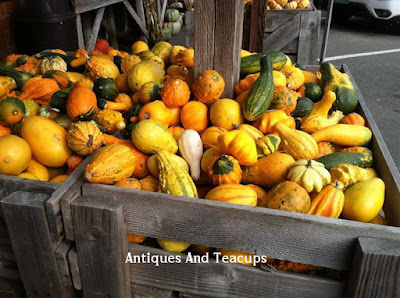 I'll leave you with this photo I took this week outside our organic farm market, Sunny Farms. So much joyful color! 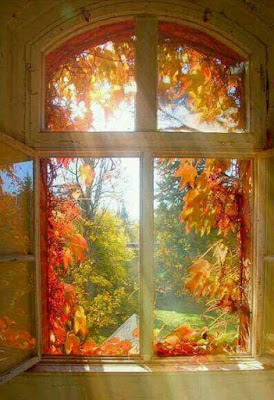 And this wonderful autumn window view.
I found it on Pinterest, but no source was given.
Love it!
Have a lovely week and enjoy autumn in it's glory!

Posted by Antiques And Teacups at 10:21 AM