Hello everyone, and welcome to Tuesday Cuppa Tea and it's summer!

It's a mixed bag today, indeed! But first of all...I want to wish all my Canadian friends Happy Canada Day!!! 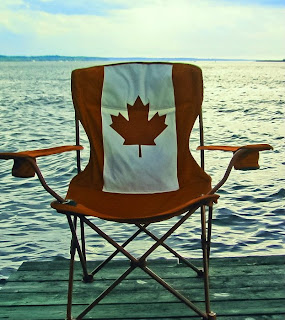 I hope it's a wonderful day for you! We expect to see the fireworks from Victoria, BC tonight...just across the Strait of Juan DeFuca. Always fun!!!

And also....Happy 4th of July to the USA! We are blessed...and may God continue to shed His grace on us...whether we deserve it or not! I am glad He is a God of mercy! 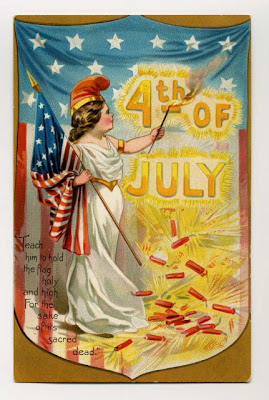 For my Tuesday Cuppa Tea, I looked for something thematic...and had some trouble! Until I remembered this Early American themed cup and saucer by Wedgwood, England that also has a tea theme! 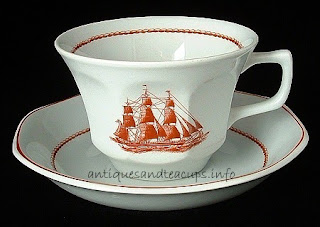 This is the creamware pattern called Flying Cloud that was made made in the 1960s to commemorate the tea clippers that brought prosperity to both England and the fledgling USA.  The clippers were called Flying Clouds because of their many white sails as they drifted along on the horizon. The ship on this teacup is the Game Cock from 1850. There were 6 ships in the series. The ship designs were also done, but on a different shape in a series called Early American Transportation in the 1980s which include trains, and other forms of transportation. For more info on the cup and saucer at Antiques And Teacups, click on the photos! 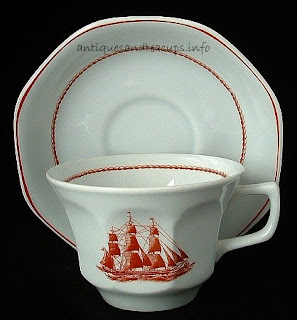 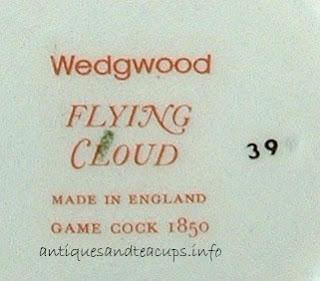 Now to change topics....I am sure everyone knows that Prince William and Catherine, the Duke and Duchess of Cambridge are expecting their first child around July 17th....my daughter's birthday. 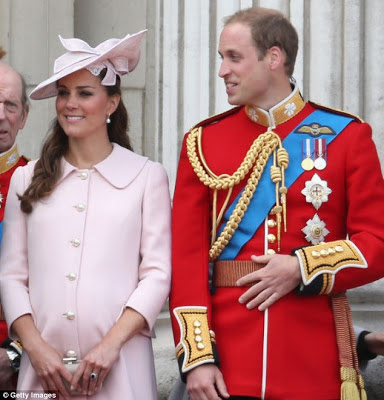 The above photo is from Getty Images and was taken on June 15th, Queen Elizabeth II's official birthday after the Trooping Of The Colour ceremony. Will is iin the uniform of the Irish Guards and rode in the procession. For my post about that....go HERE

...and you may remember that I blogged about Kensington Palace...a favorite place for us to visit while we are in London, which you can see HERE. 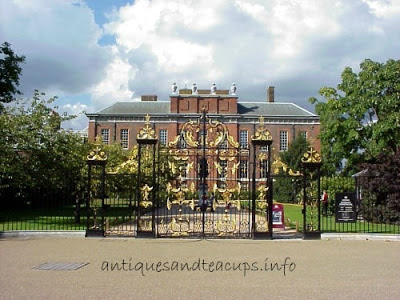 Kensington Palace has become the London home of Will and Kate, and is currently undergoing renovations in anticipation of the new baby. 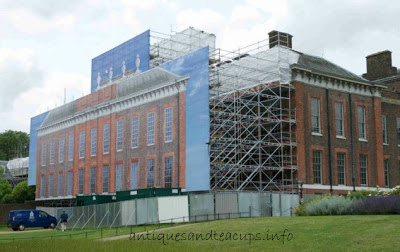 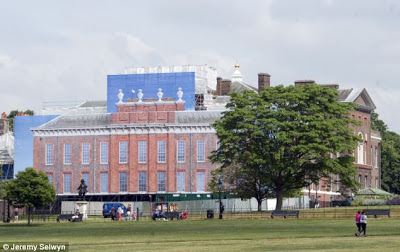 The photos are from an article in The Mail Online about it, which you can read HERE. The renovation is extensive and will be in the neighbourhood of 1 million pounds!

Lastly, I want to put in a plug for reading. We had an amazing thing happen this week. As some of you may know, my husband had Parkinson's Disease, and also a few assorted heart problems. He had a new heart problem arise in late April when we were on a cruise...still haven't gotten my photos off the camera....sigh...soon...We were able with the help of a wonderful doctor onboard to be able to tweak a med and have it stabilized and notified the cardiologist and had tests when we returned. They were not obviously worried, as it took them several weeks after the tests to get back to us. ANYWAY... 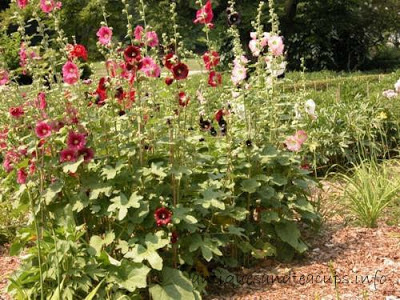 One of the meds my husband takes for his atrial fibrillation is a low dose of digitalis, called Digoxin that is one of the oldest know medications and comes from the floxglove plant. He has been taking this successfully for about 15+ years.  His atrial fib is called a "nuisance" by the cardiologist. 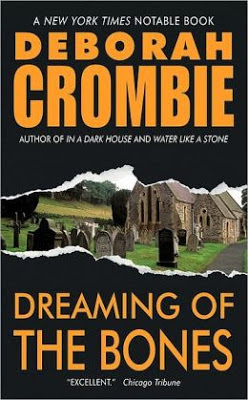 I am a reader, and got this book, Dreaming Of The Bones by Deborah Crombie on my Kindle to read on the cruise. I love English murder mysteries. Anyway, it came in EXTREMELY handy with the new heart condition...another primarily a nuisance called PVC (like a pipe!). At the same time, the Restless Leg Syndrome which is a part of Parkinson's Disease, and often a precursor of PD, kicked up and my husband was looking for non-medication ways to alleviate it at night, and someone suggested tonic water because it had Quinine in it.

WELL....I suddenly remembered that a murder in the book was done by giving tonic water to someone taking Digoxin for atrial fibrillation,, because it causes the Digoxin to metabolize into digitoxin and can be fatal. Whoa!!! The next day, we had...finally...his cardiology appointment and asked her about it. She said she seemed to remember a reprot recently, and right there pulled up an AMA article saying that it is toxic and should be avoided...has indeed been banned in supplement form and can only be used for malaria. Wheww!!! All because I read Englsih mysteries....so keep reading folks! I always credit God's timing, so I give Him the glory for the whole timing.

Well, I told you it was a mixed bag! Lastly, we had our first 80 degree day this year yesterday...got to 82. Those of you in Texas, California, Nevada and other states basically all over the US...don't laugh!!! But it's warm for here. Felt kinda nice! Our natural air condition, a morning marine layer of mist is in this morning, so another lovely day!

Finally, we are having a Christmas In July sale...starting today! At both venues of  Antiques And Teacups...see the tabs at the top of the page above for more info....15% off.... 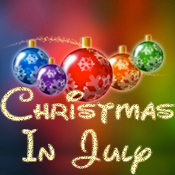 Shawn ~ http://poetryinapotoftea.blogspot.com/
Poetry In A Pot Of Tea
Ivy And Elephants ~http://ivyandelephants.blogspot.com/
What’s It Wednesday
Sandi  ~  http://sandimyyellowdoor.blogspot.com
Home On Wednesday

Posted by Antiques And Teacups at 7:53 AM