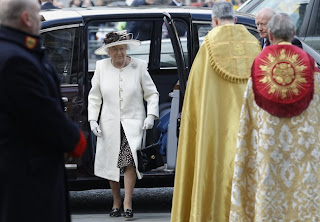 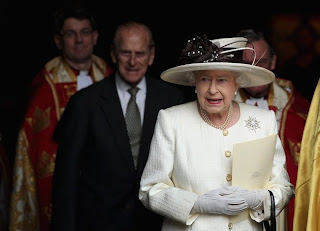 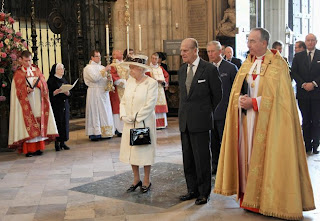 Photos API Chris Jackson
November 16, 2011 is the 400th anniversary of the King James Bible, published in language available to everyone in 1611. Queen Elizabeth and other members of the royal family attended a service commemorating the anniversary at Westminster Abbey in London, England. Before this, the Bible was only available in Latin which few spoke except the clergy and a small minority of the population. The King James Bible allowed everyone access to it and was a revolutionary achievement.
For more info on this event, click on the photos to go to the Yahoo News article.
Posted by Antiques And Teacups at 8:56 AM