I had thought of sharing something green today for Teacup Tuesday, but decided to wait until next week because I am loving my blue and white antique cup and saucer. This pattern is called a lot of different things because it has been around a lot of years and variations were made by a lot of potters. 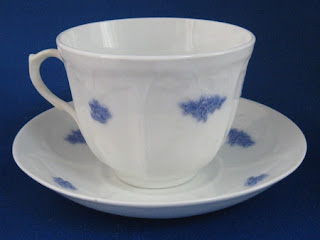 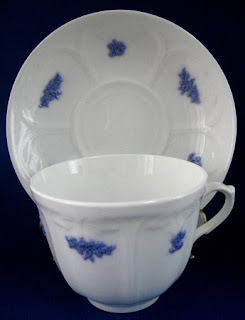 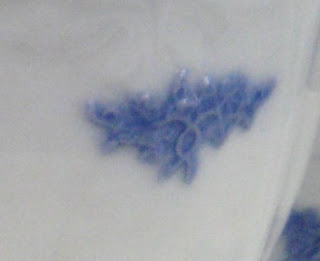 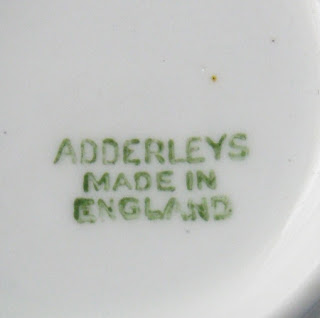 The pattern is called variously Grandmothers, Chelsea, Chelsea Sprig and Blue Sprig. The applied blue pattern on the soft paste or ironstone cup and saucer can be clear blue, periwinkle, lavender or have an applied metallic copper luster finish. And sometimes the design is floral, baskets or grapes. But I love them all! The design was first made in the late 1790s and became very popular in the Regency and early Victorian era and was made into the late 1940s and early 1950s. Many of the items are not marked, but this one happens to be by Adderleys, England and was made in the 1920s. I love the pattern!
For more info about the Chelsea Sprigged teacup at Antiques and Teacups, click the photo.


Another favorite thing is this Shelley teapot in the Eglantine pattern in the New Cambridge, Henley or Perth shape made from 1940 until the pottery closed in 1966. I love the pale blue handle and knob and the flower blossoms. It always makes me think of spring. 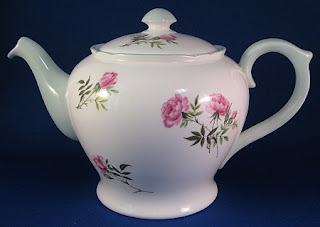 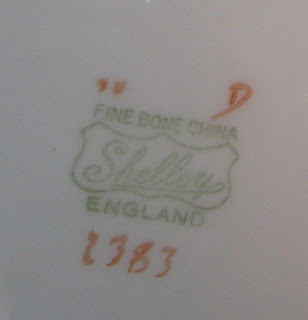 I have posted a photo of my son and his wife on the left side, top of the blog. We love our sweetheart of a DIL...she has made our son so happy...what more could parents want! But she has just been diagnosed at 35 with a hereditary birth defect of a hole in her heart bigger than a dime and will be having heart surgery on March 28th. She has been ill since November and off work since then. She is a supervisor with the TrueBlue program for JetBlue Airlines. It has been a long road for them to finally get a definitive diagnosis...one emergency doctor said young women don't have heart problems, refused to send her to a cardiologist and instead sent her a psychologist for her "emotional problems". So we are relieved at least it's confirmed and steps will be taken to fix it. We would appreciate your prayers.


Thanks to all of you who visit and share my love of teacups, teapots and all things tea!
Thanks to: