Welcome to you indeed!

December continues, and what a different Christmas season this is! 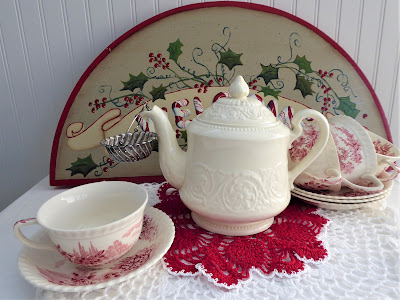 I have pulled our my seasonal cross stitches and this Welcome board I painted in the 1990s... 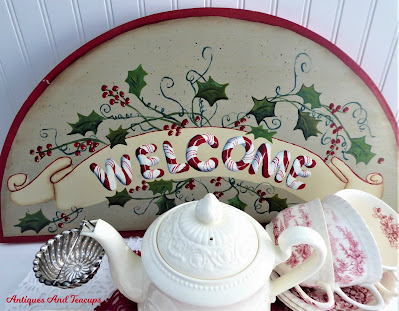 My grandfather was a professional painter, and I had a minor in art at university, but I basically only dabbled. But this turned out well, and is nice and seasonal, so it is still around.

What isn't, is the 200 pound cast torso of a nude woman I did for a sculpture class final! That was destroyed long ago... Lol! 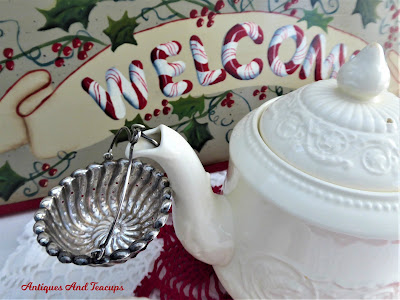 I wanted to share with you one of the antique sterling silver teapot spout tea strainer baskets I have periodically. I had a Gorham one last week that was purchased for a Christmas present.

This one is US made, by Whiting Manufacturing, USA and has a pattern number date of 1887.

It is used to strain the tea leaves from the teapot as the stream of tea pours though the pivoting tea strainer into the teacup. 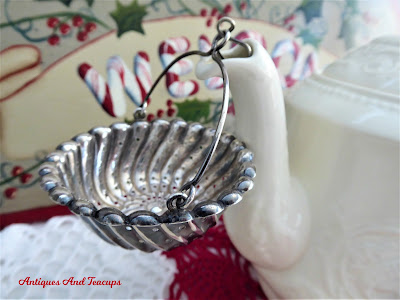 There is quite a debate as to who and when these fun tea gadgets were contrived, and I know of some that date to the 1780s from England at the Victoria & Albert Museum in London, but others think France, and they were certainly made in England, Ireland, France and Belgium as well as the USA before and after it was independent.

But... so fun! They never stay in my shop long! 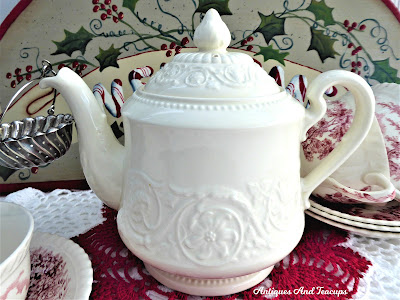 Some people are not found of white china, but I always think it is so versatile, as it goes with everything. This is the Patrician pattern from Wedgwood, England from the 1960s of cream ware or Queen's Ware with a lovely embossed pattern. 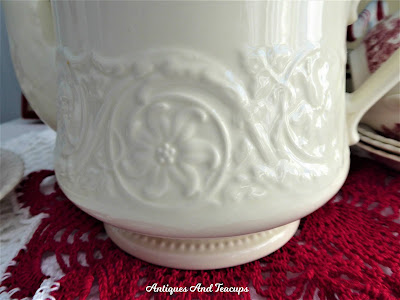 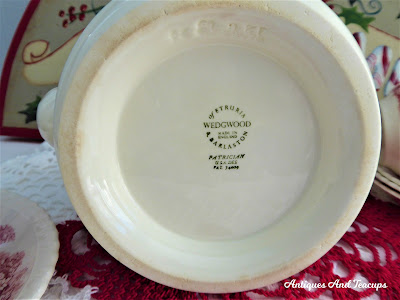 The mark dates it easily to the 1960s. This was quite a popular pattern, with several version, some which include transfer printed floral borders or centers with the pattern, some with different names with the shape referred to as Patrician. 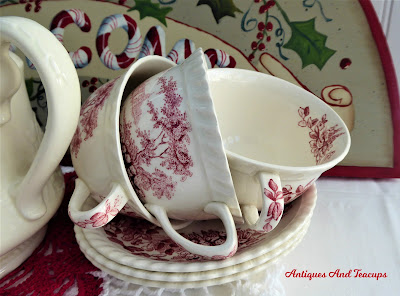 And how can I not include red transferware during the season! 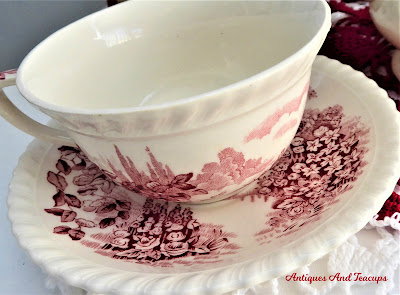 This is the Johnson Brothers, England pattern called Castle On The Lake in a romantic landscape pattern with the noted castle, lake and beautiful gardens in what is called variously red or pink transferware. 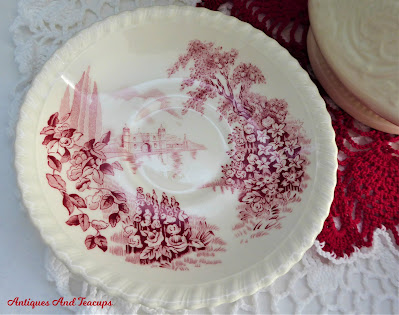 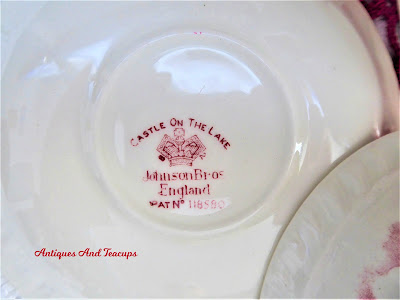 The pattern itself was registered in 1890s, but not used until 1939 and discontinued in 1970. I love the sort of rope edging. 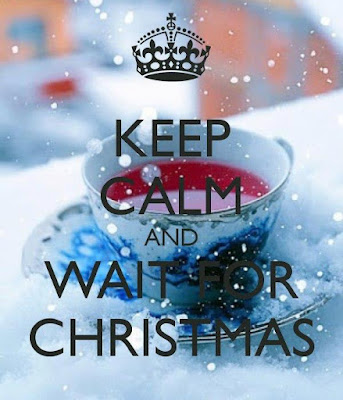 This is indeed an historic and divergent season indeed! But I pray you are able to still enjoy the season, it's meaning and it's joys. 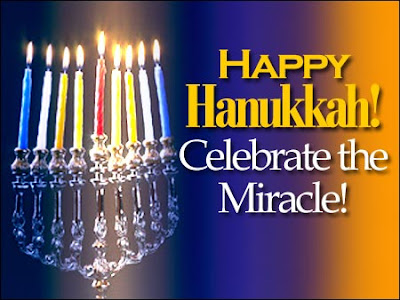