January is close to ending, and the official Hot Tea Month is ending...
but not in this house!
Never! 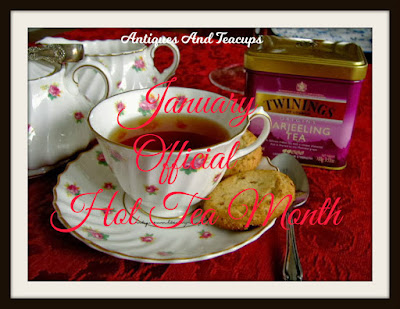 On Saturday, for Chinese Lunar New year, I had a small tea to celebrate with a new teacup and some Chinese Almond cookies from the shop... along with green tea. 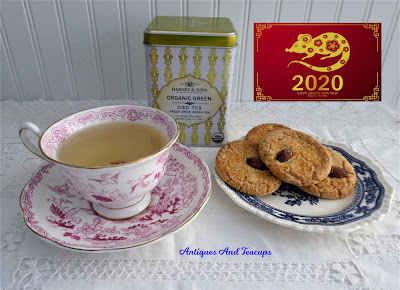 The teacup is a pretty and unusual Blue Willow variation... because it is pink! 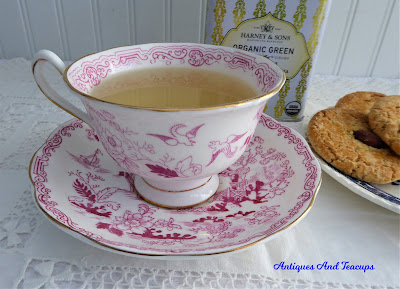 The teacup is by Royal Albert, England from the 1930s according to the mark. 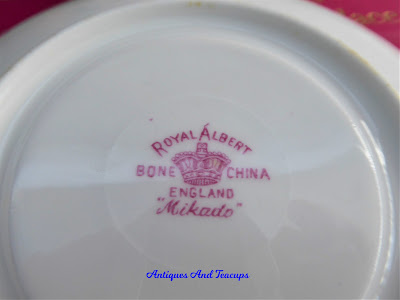 The funny thing to me, is that the pattern name is Mikado, which is a Japanese term, but the pattern is a Willow design, which had it's origin in China. 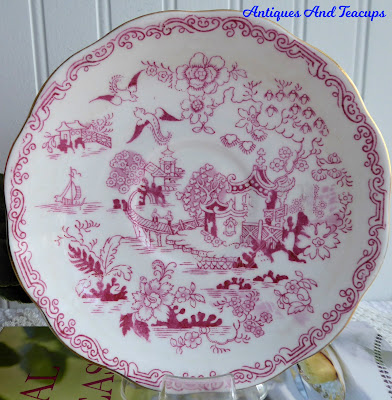 Do you know the Willow legend behind the pattern?
The history of the pattern, Blue Willow and all it's variations goes much farther back...actually the 1770s.  Blue Willow comes from a Chinese legend of 2 lovers, forbidden to marry who elope and are chased by the emperor. At the end, the boy is killed defending his fiance and the girl commits suicide. Sigh...not too cheerful.  There are some elements that usually turn up are the bridge they crossed to elude pursuers...often with the lovers or with 3 people being variously the lovers and a helper or the lovers and the emperor, a house they took refuge in and always includes 2 birds, doves flying together representing the 2 lovers which has become a symbol of undying love.

Willow comes in many colors with varying names...Willow, Old Willow, Red, Blue and Green Willow, as well as polychrome...or more than one color...versions...all basically have a pagoda, a bridge and 2 birds...this rhyme...one of many...tells the story... 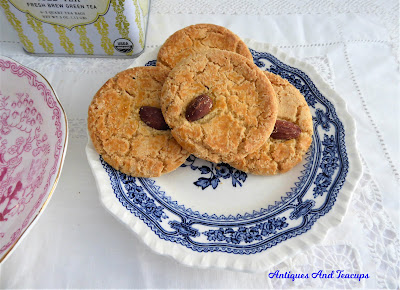 The Chinese Almond cookies are a favorite, as I love almond flavor. I found several recipes online to make them, but I didn't have to time with a spate of doctors, labs and pharmacies for my husband and annual tests this week. Ah... the New Year! 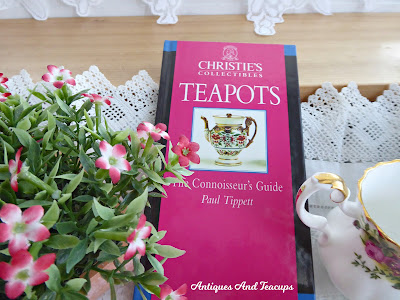 During a tea time this week, I came across this enjoyable and informative book on my bookshelf...
Christie's Teapots... 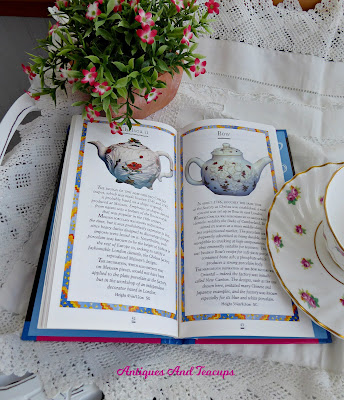 Each page has another featured teapot of historical significance in the history of tea and teapots.... 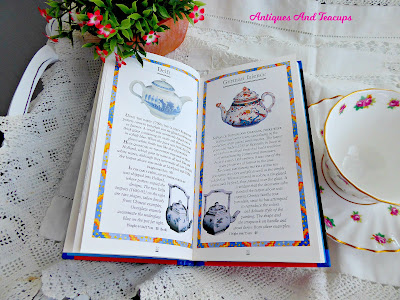 The book is very interesting and a great read, in short info bytes... perfect for a read while having an afternoon cup of tea... 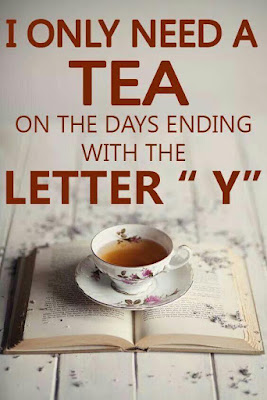