Hello and welcome to Tuesday Cuppa Tea! This week is a royal theme again, because on June 2, 2018, Queen Elizabeth was Queen Elizabeth II's 65th anniversary fo her coronation as queen of England.

Queen Elizabeth had already become England's longest reigning monarch, surpassing the record of her great-great-grandmother Queen Victoria around 5:30 pm on September 9, 2015 after 23,226 days, 16 hours and roughly 30 minutes on the throne. Cool! Don't know what her time clock reads NOW, but...wow! 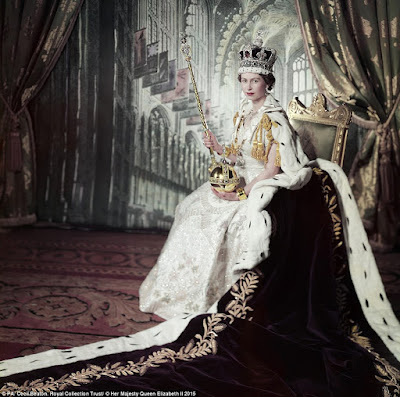 This is a Cecil Beaton official coronation photo from 1953....now on to Tuesday Cuppa Tea!

My Royal tea in the sunroom in honour of HRH Queen Elizabeth with some reign landmark royal commemorative china items from Antiques And Teacups shop and archives... 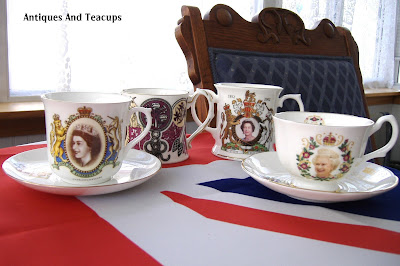 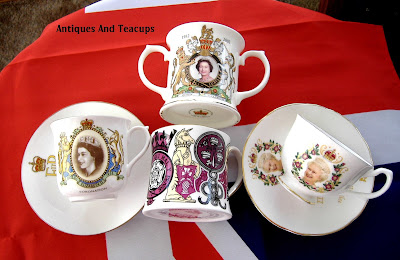 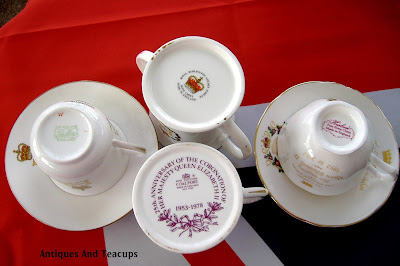 2 teacups and 2 mugs in her honour....the first teacup is a coronation design made by Shelley China in 1953 in the late Dorothy shape. The design is a photo by photographer Lord Snowdon, Anthony Armstrong-Jones, and is one of my favorite designs from the coronation. I think I've shared a mug with this design before. 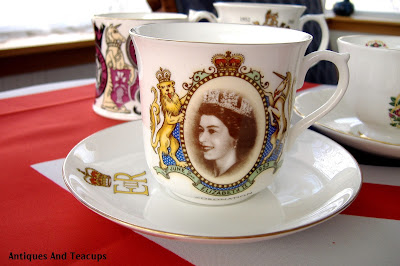 The next royal commemorative item is a Coalport, England loving cup made for the Silver Jubilee in 1977. We were there for our usual month that year, and jubilee things were everywhere, and cheer was rampant! 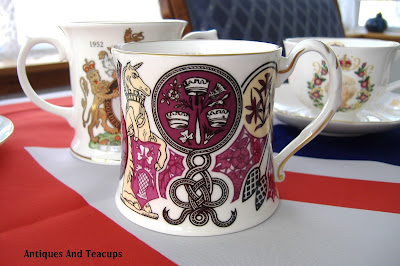 The next is a Golden Jubilee mug from 2002 commemorating 50 years of reign by Royal Burlngton which is the trade name of a small pottery that has few records...I can't even find out if it is still in business...and my friends in Stoke-on-Trent who work in the potteries have never heard of it, and think the trade name was only used for the Jubilee by another pottery. We were again in England and it was festive again... 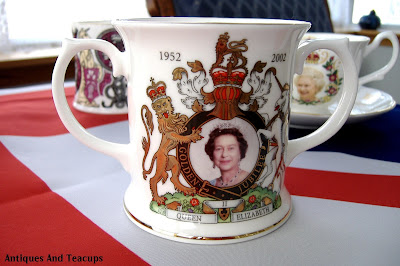 The last is a tea cup and saucer made for the Diamond Jubilee of 60 years on the throne in 2013 by Heriloom China, who has only been around since 1998. I sold the last I had left a week ago just after the wedding of Prince Harry and Meghan on May 19th. 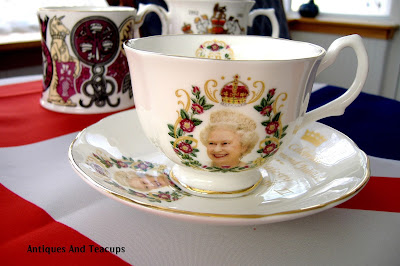 I don't think there was anything special planned for this anniversary as it was so soon after the wedding...Her Majesty probably could have used a bit of a break after all the festivities! 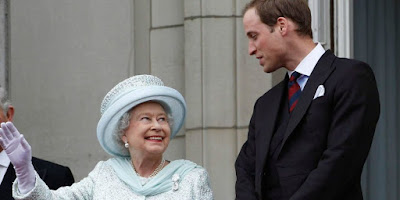 Country Living quote: When given the chance to write the preface for a new biography, Elizabeth II: The Steadfast, the Duke of Cambridge didn't just deliver —he honored Queen Elizabeth with a sweet yet rare public appreciation of both her reign and her role in their family, as well.

"The Queen's kindness and sense of humor, her innate sense of calm and perspective,
and her love of family and home are all attributes I experience first-hand," he writes.
"All of us who will inherit the legacy of my grandmother's reign and generation need
to do all we can to celebrate and learn from her story. Speaking for myself,
I am privileged to have the Queen as a model for a life of service to the public." 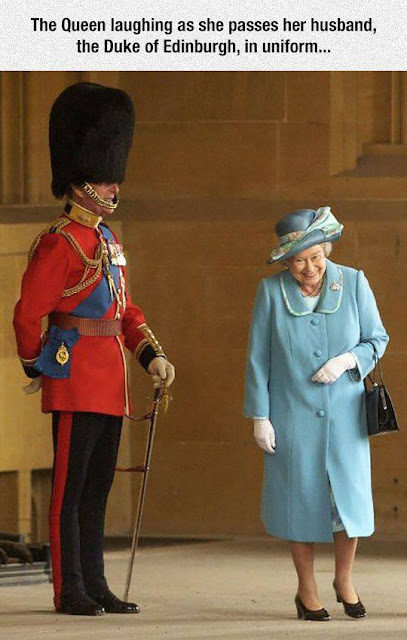 Speaking of the Queen's sense of humor, I found this on Pinterest last week and posted it on one of my Facebook pages...Her Majesty is cracking up at something her husband, Prince Philip is saying...I so wish I knew what it was! 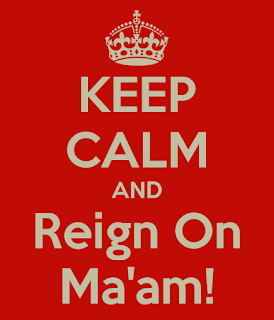 Thanks for joining me for a royal Tuesday Cuppa Tea! I can't believe it is June already! Amazing!! Where did the time go!
Take some time to enjoy the simple things and have a lovely, reflective cup of tea with a thankful heart!