Just want ed to mention that today in 1812, 203 years ago, Jane Austen's Pride And Prejudice was published... 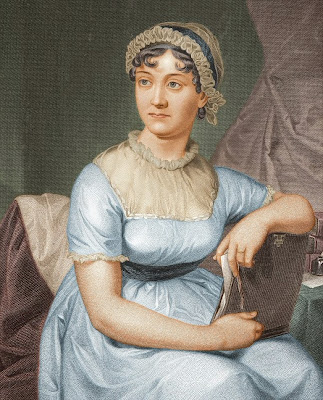 On January 28th, 1812 to be exact.  It is my favorite of her books, I think...I also love this great tea themed Jane Austen tea book by Kim Wilson...perfect for Jane Austen and tea history fans...whoever they might be.....Lol! 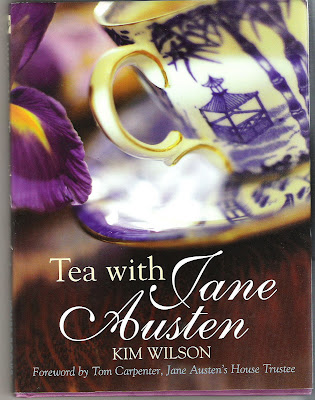 I just got out the book to share a quote...and there are very many memorable ones from Jane Austen. The book has all sorts of great information about Jane and tea related quotes taken from her novels. There are also teatime recipes and little snippets of tea lore. All together a fun book.

"I am sorry to hear that there has been a rise in tea. I do not mean to pay Twining till later in the day, when we may order a fresh supply."

from a letter from Jane Austen to Cassandra, 6 March 1814
from page 30 of Tea With Jane Austen 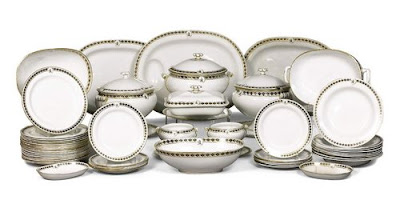 There was also mention of this Wedgwood dinner set...image from Sotheby's...which was bought by Jane's prosperous brother Edward, adopted as heir to the Knight family and subsequently heir to a tidy inheritance...and Jane shopped for this Wedgwood teaset with her brother, which she mentions in a letter to her sister Cassandra....the pattern is a small lozenge in purple with the Knight family crest and was on loan from the Knight family and on display at the Jane Austen House Museum until December 2010, when the cash strapped family had to sell it at auction. I couldn't find the buyer or final sell price, but I hope it went to a loving home and will appear again some day. 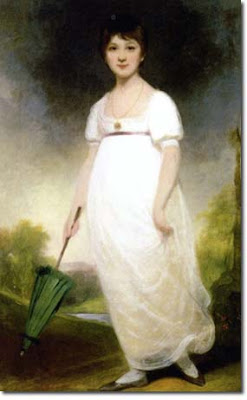 Posted by Antiques And Teacups at 12:38 PM