Pink Saturday and Tea On The Titanic 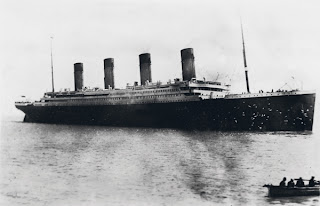 The above photo is the last taken of the Titanic as she sailed from Cobh or Queenstown, Ireland in 1912 by Father S. M. Browne. Photo from source listed below.


I am joining Beverly at How Sweet The Sound for Pink Saturday for Saturday April 14th, and Sandi at Rose Chintz Cottage for Tea On The Titanic  on Sunday April 15th. 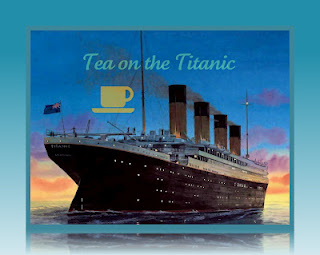 I looked to find a teacup dating to the Edwardian era, during the time that the Titanic was launched and sank and remembered this lovely Adderley, England floral chintz I shared a year ago. 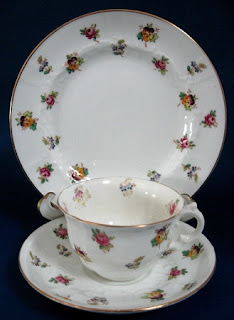 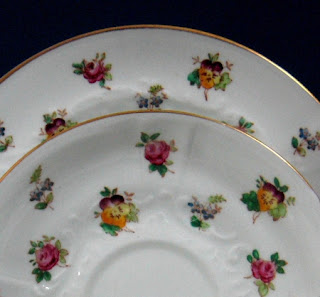 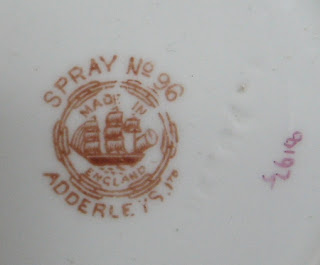 Although this is the correct for 1912, the famous White Star Titanic sailed with custom designed china for first class passengers from the Royal Crown Derby pottery in England which have been reissued for the centennial. 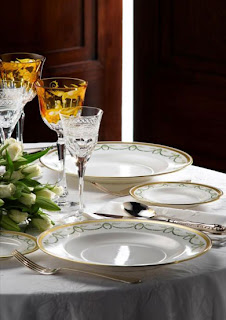 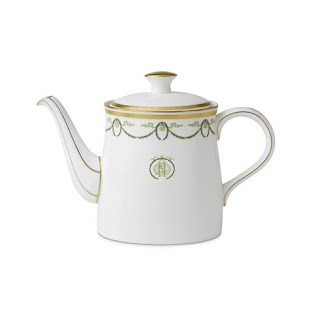 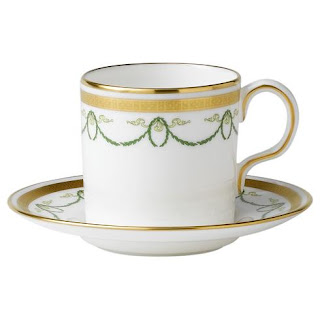 
The teacup is 41 pounds sterling. Pricey. But for the White Star Line and Titanic, it was only the best.  There are so many wonderful blog posts around this week about Titanic, that have so many wonderful things. I thought I would just add a few personal things. 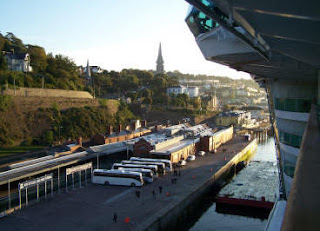 When we go to England on an antiquing trip, rather than fly we take a leisurely 13-16 day spring transatlantic cruise which ends us up in England, our ultimate destination via other ports. This was taken from the Brilliance Of The Seas when we docked at Cobh which is now a part of Cork, Ireland the main part of which is about 20 miles away. The town is part of the Titanic story, because it was the last port Titanic touched before heading out and ultimately colliding with the iceberg. The ship had left her birthplace, Belfast just a few days earlier.  Many of the 3rd class immigrant passengers had gotten on here. We were fascinated by the remnants of those days still found in thew picturesque little town. 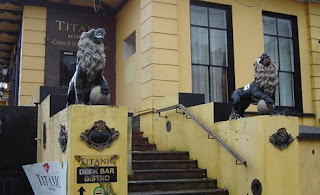 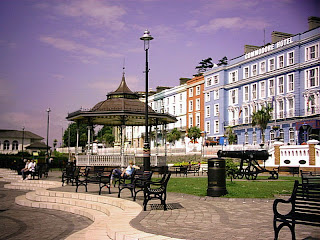 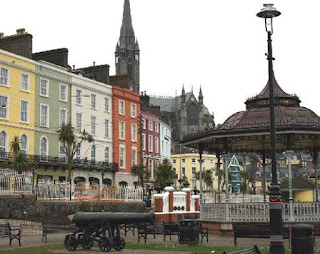 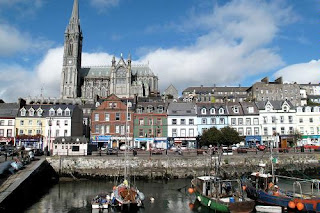 
Cobh was called Queenstown when Titanic sailed from here in 1912, and the town has put together an interpretive and interactive exhibit called The Queenstown Experience that was wonderful. Thousands of Irish immigrants passed out of this port to try to find new lives during the potato famines and clearances. The exhibit, which is full of artifacts, life size recreations of onboard ship experiences and videos, newsreels and personal photo and memorabilia collections was a wonderful and poignant experience about how hard life was for many of the people passing through here. 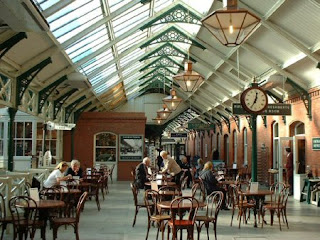 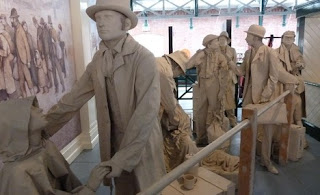 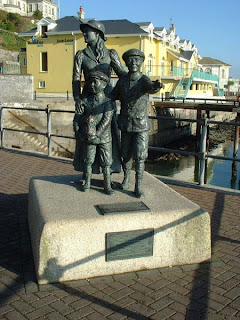 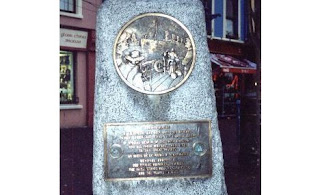 Posted by Antiques And Teacups at 6:29 PM